The United States has ratcheted up the pressure on Damascus by slapping a new round of sanctions on Syria’s biggest bank and mobile phone company. At the same time, the UN Security Council has met to discuss the worsening crisis and heard a report on the deaths and disappearances of thousands of protesters, as President Bashar al-Assad’s military expanded its effort to stamp out opposition to his regime..

Senior U.S. officials said they were seeking to split Syria’s largely Sunni Muslim merchant class from Assad’s ruling clique, which is dominated by the Alawite sect. 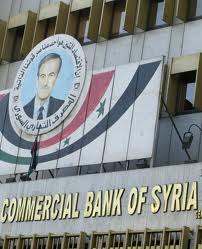 The Treasury action bars any U.S. business with the Commercial Bank of Syria and Syriatel, which is controlled by Assad’s cousin, Rami Makhluf. U.S. officials said the sanctioning of the bank could significantly impair Damascus’s ability to sell crude oil, as most of its oil sales are conducted through the bank. The U.S. also charged the bank with facilitating arms deals between Syria and North Korea.

At the U.N., British ambassador Philip Parham said a representative of Secretary-General Ban Ki-moon gave a “chilling and horrifying” briefing to the Security Council in which he said 2,000 Syrian civilians have been killed and more than 3,000 have disappeared in the five-month crackdown.

“If the Syrian authorities continue on their current path then we believe the Security Council must look at further steps to keep up the pressure on the Syrian regime,” Parham said. The Council agreed to hear briefings next week by Navi Pillay, the U.N. High Commissioner of Human Rights and Valerie Amos, the U.N.’s humanitarian coordinator, he said.

“We have made it clear that Assad should either stop the violence and institute genuine reform or step aside,” Parham said, with ambassadors from France, Germany and Portugal standing by his side outside Security Council chambers.

Syrian ambassador to the U.N. Bashar Ja’afari later accused the diplomats of lying.

The Obama administration repeated its view that Syria would be better off without Assad in chargeand also said to be preparing to explicitly call for Assad to step down. But Syria’s ambassador to the UN has sparked a diplomatic furor by comparing the deadly unrest to the riots in Britain.

Syrian security forces broadened an assault on a cluster of villages around Idlib near the Turkish border, continued shelling the eastern city of Deir el-Zour and killed 16 people while storming Homs, the nation’s third-largest city, human-rights and activist groups reported.

Susan Rice, U.S. ambassador to the United Nations, said the U.S. was looking to intensify international pressure on Syria. “The behavior of Assad is absolutely unacceptable; he has lost any legitimacy to lead,” she said.