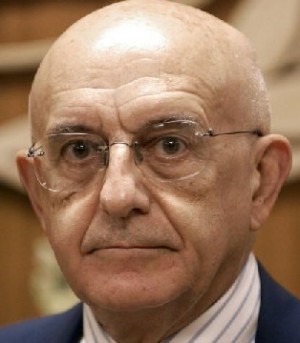 The President of the Special Tribunal for Lebanon, Judge Antonio Cassese, today issued an open letter to the four men accused in the 14 February 2005 attack to inform them of their rights and to urge them to participate in trial.

Here is the full text of Judge Cassese’s open letter

The Lebanese authorities have notified me that they have been unable to serve personally on the accused the indictment confirmed on 28 June 2011 by this Tribunal’s Pre-Trial Judge, let alone to arrest them. I am studying their report. In the meantime, I am confident that they will continue to cooperate with the STL and persist in their search for the accused, pursuant to the obligations laid down in Article 15 of the document annexed to UN Security Council Resolution 1757 (2007).

The next step under our Rules of Procedure and Evidence may require us to advertise the confirmed indictment more broadly. Before I decide on this step, I wish to directly address the accused, their families and their close associates, as well as the Lebanese public.

The Special Tribunal for Lebanon has been established to dispense justice in a proper and fair manner. All those working for the Tribunal are doing their job with full independence and impartiality. Any claim that the Tribunal is under the influence of some countries is simply preposterous. We are only acting in the interest of Lebanon; our only motivation is the pursuit of justice. Our exclusive aim is to find the truth about the assassination of 14 February 2005 and other possibly connected criminal cases, while upholding the highest international standards of criminal law. For the Lebanese public, this mission means that our work will help put a stop both to the use of assassination in the context of Lebanese political disputes, and to the tendency to forgo accountability, which in fact perpetuates the vicious cycle of assassinations and instability. For the accused, this mission means that we will conduct trials based on a firm presumption of innocence of the accused. The Tribunal shall never convict anybody unless guilt is established beyond any reasonable doubt.

Although in the absence of the accused the Tribunal’s Head of Defence Office will appoint the best professionals to represent them in court, a major safeguard of a fair and just trial is the active participation of the accused. I therefore urge all the indictees to come before the Tribunal. If you do not wish to come to the Tribunal in person, the option might be available – following the procedures in our Rules – of appearing by video-link, thus participating in the proceedings without physically coming to The Hague. At the very least, it is extremely important for you to appoint legal counsel and to instruct them: without instructions from the accused it may prove harder for counsel appointed by the Head of the Tribunal’s Defence Office to make a convincing case for those charged by the Prosecution. Our Rules go even further, because they foresee the possibility of you choosing and instructing your counsel without ever having to appear before the Tribunal, not even by video-link. It will be sufficient for you to raise all your arguments through your legal counsel. If you believe this Tribunal is illegal or illegitimate, argue this point through legal counsel chosen by you – you will thus have your voice heard on this issue. Use your counsel to make your case and zealously protect your rights.

If you cannot afford a lawyer, substantial funds have been earmarked in the Tribunal’s budget for the defence of accused persons – you may use this money to hire the best lawyers and experts, so as to carry out your own investigations and pursue your theories about the case. It is in your power to exercise your full rights of defence by instructing a lawyer of your choosing. Should you not have already a lawyer, you can contact the STL Head of Defence Office directly to obtain a list of highly qualified independent lawyers that you may engage. I will echo the words of the Head of Defence Office: since the STL is a court of law, a defence lawyer is the only person who can effectively challenge the charges brought against you.

Let me also remind all those allegedly involved in those terrorist crimes in Lebanon that nothing, I repeat, nothing will deflect or prevent the Tribunal from fulfilling its mission. The lofty ideals on which the Tribunal is grounded (accountability, dispensation of justice to contribute to long-term peace and reconciliation, safeguarding the rights of the victims) are solidly ingrained in our Statute and our Rules and jealously protected by the Judges. They cannot be set aside by a stroke of the pen, by mere rhetoric or even by violence.

The march to justice is inexorable, and one way or another we will end up with a trial. I therefore strongly appeal to the accused to take advantage of the broad legal possibilities offered by our Rules of Procedure and Evidence, thereby contributing to the establishment of truth and the conduct of fair proceedings.