Op-Ed: All in for freedom in Syria 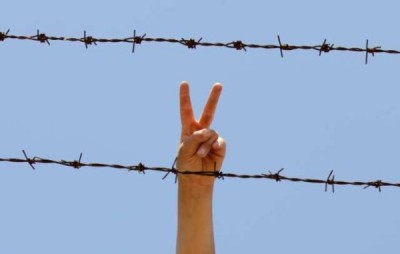 My older brother, Bashir, 26, is one of the thousands of people who have been detained by Bashar Assad’s regime in recent weeks.

At first, we didn’t know what had happened to him. He and two friends had been missing since they went to the northern city of Jisr Al Shoughur on June 10 to secretly film the protests and the army crackdown there. Then, last week, I was watching Syrian state television when my brother suddenly came on the screen. A caption underneath his image said he had confessed to subversive activities.

Bashir, an economics student at the University of Latakiya, is neither very religious nor very liberal in his views. Like most people in Syria, my brother and I often talked about politics between ourselves, but we were careful to stay away from political activity. The secret police watch everyone, and they can twist the most mundane statements and actions into evidence of subversive activity. Even growing a short beard might prompt the secret police to make a report: “His beard is now one centimeter long.” This would then be presented as evidence of Islamist extremism.

When the protests began, Bashir decided to start filming the ones in our area and posting the footage on YouTube and other channels so people outside the country would know what was happening. Our parents were very opposed, saying we should just be patient and that, in time, the regime would change. They warned Bashir that he could be imprisoned.

But Bashir defied them. To him, the protests presented our best chance for ending government corruption and repression. He saw the possibility of living a free life, without the constant fear of arrest or worse.

He tried to explain that to my parents. “Now is the time for change,” he said. “I don’t want my children one day to still be living under this regime.”

He had watched what happened in Egypt, Tunisia and Libya, and he felt that this was the moment for Syria too.

It took a lot of courage to do what Bashir did, as there are informants everywhere in our country. Taking out his cellphone and filming in public made it almost certain that observers would inform on him. I admired that courage but didn’t dare to do the same.

Then, about a month ago, I was writing my university exams when I received a call from Bashir. I said I couldn’t talk as I was in an exam, but he interrupted me: “Leave right away. They have found out my name, and they will come for you as well.”

I got up and left, and since then I have lived on the run. I also have joined the struggle for Syria’s freedom.

Earlier this month, we finally saw each other in a camp on the Syrian-Turkish border. We talked deep into the night about our work, about our hopes that the protests would succeed and how terrified we were. Very early the next morning, on Friday, June 10, he got up and left to do more filming with his friends.

When he disappeared, I assumed he was in hiding, as it is often difficult for young men to move around with all the checkpoints. But as the days went on, even as I told my parents not to be alarmed, I became increasingly worried that he had been arrested.

When he appeared on Syrian state television, I grew dizzy. We were in a room full of activists, and I broke down in tears. Everyone knows that when people appear on state television in Syria to make “confessions,” they have been brutally tortured and forced to lie. Only God knows how they forced him to tell those dirty lies.

One of the friends he disappeared with was also on the television “confessing,” but there is still no word on the fate and whereabouts of the other man who was with them when they disappeared.

Bashir and his friend looked drugged and tired. They named many of the other activists, and as I looked around the room I could see faces cloud over with worry, for themselves and their families. Syria’s security services regularly detain family members to pressure activists to turn themselves in. It is terrible to know that we are putting our families at risk.

In their confessions, my brother and his friend claimed that they had videotaped the crimes of “armed gangs” and small protests of just a dozen people, but that the other activists had doctored the footage to make the protests look larger and to make it appear as if the security services and the army were responsible for killing citizens. I couldn’t bear to watch and ran out of the room.

I dreaded calling my parents to tell them about Bashir’s arrest. Finally, my dad called me. I had been afraid that my parents would beg me to stop my activities and return home, so I jumped in and explained to my father how we had to continue our struggle, how this was the moment for creating a new Syria.

He listened and finally gave his permission, saying, “Go, my brave son. You are now truly a man.” I could hear my mother crying.

All we want is our freedom. We know the cost, but we are ready to pay the price. With 1,300 dead already, we cannot give up now, because their deaths would have been in vain.

In the room with me watching my brother confess to crimes he didn’t commit were two fellow activists whose brothers have already been killed, shot dead while protesting. They are carrying on the struggle their brothers started.

I will do the same, continuing Bashir’s peaceful struggle with the courage he taught me.