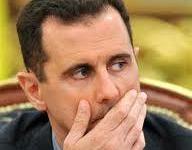 Beirut, Lebanon- Syria’s president says the country’s security forces have made mistakes during the uprising against his regime and that thousands of police officers are receiving new training.

Assad’s comments were carried by the private Al-Watan daily on Wednesday. They came as a human rights activist said Syrian troops have used heavy machine-guns to bomb a neighborhood in the central city of Homs.

Syria’s top rights organization has said that the crackdown by Assad has killed more than 850 people since the protests erupted in mid-March.

The latest place to see a harsh crackdown on dissent is the western town of Talkalakh. Activists say 27 people have been killed there since last week. AP