The Facebook group, The Syrian Revolution 2011, which boasts more than 167,000 followers and which has emerged as the organizing force behind the demonstrations that have been demanding “freedom” in Syria has called on the residents of Rastan to blockade its main bridge to protect themselves from the Syrian army tanks. 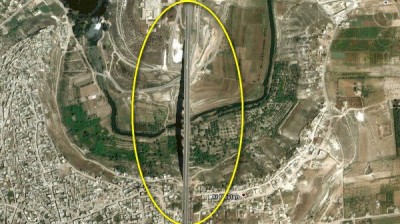 The bridge according to the group is located on the only road that links the north to the south of Syria.

“As you know the Rastan bridge is the only link between the north and south of Syria. The people of Rastan can protect themselves by setting up road blocks to protect themselves from the Syrian army tanks or setting up a human shield or blocking it off with any peaceful means” , the group stated on its Facebook page