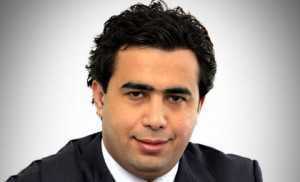 Future Movement MP Okab Sakr appeared on Future TV Saturday to assure the Lebanese and Syrians that he is free in Lebanon and not in a Syrian jail.

Sakr said “the news is really funny and I’m sad about it for the Syrian media which has damaged the face of Syria and which is giving the blood of the martyrs a bad image.

He challenged Syrian president Bashar al Assad to preserve whatever dignity has has remained for the regime and the media because” we are are facing a massacre in lies and fabrication similar to the real massacre that is taking place in Syria against the protesters”.

Sakr said “enough lies and fabrications …every martyr in Syria is our martyr and the security of Syria is our security “. He added: “We decided not to not interfere in Syrian domestic affairs, but unfortunately they want to involve us”.

He stressed : “If I ever go to Banias, it would be to donate blood to those who fell there.”

Commenting on OTV report that a Syrian arrest warrant has been issued against him, he said, “Some clowns who follow the Syrian regime in Lebanon fabricate such talk.”

Earlier today OTV reported that the Syrian judiciary issued an arrest warrant against Sakr accusing him of involvement in the Syrian unrest and has circulated his name to all the Lebanese Syrian border crossings.

Prior to his appearance on Future TV Sakr told New TV: ” I hope that there will be a correction of the news broadcasts in Syria about me and Future Movement . I am concerned that there will be other steps taken by the regime against us”