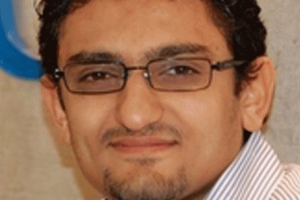 Egyptian protesters tweeted for people to return to the streets today as evidence began to emerge that some Egyptians were starting to tire of the more than two week long street uprising.

Many protesters clearly haven’t tired of the effort to oust President Hosni Mubarak as people poured into Cairo’s Tahrir’s Square, which has been at the epicenter of the Egyptian uprising.

A draw for the crowd is the appearance of Wael Ghonim, the Google executive credited with being a major factor in mobilizing Egyptian outrage and crowds through a Facebook account. Ghonim was taken into police custody during the initial days of the protests and was released Monday.

Ghonim, 30, gave an emotional interview to an Egyptian TV station Monday, describing his period of captivity and his hopes for the future of Egypt. He wept in the interview when told of the more than 100 deaths in the uprising.

Ghonim told private station Dream 2 TV that while he was in captivity, his interrogators were convinced that foreigners were backing the movement. Ghonim asserted that it was just young Egyptians “who love this country” at the heart of the protests.

Ghonim also denied that the outlawed Muslim Brotherhood, Mubarak’s most bitter rival, was involved in organizing the protests. Instead he blamed Mubarak’s National Democratic Party for the country’s problems.

“I don’t want to see the logo of the NDP anywhere in the country,” Ghonim said. “This party is what destroyed this country. The cadre in this party are filthy.”

An enormous crowd came out to the square today in a joyous demonstration of their staying power. They sang, chanted and prayed.

Coptic priests stand shoulder to shoulder with Muslim imams. An old couple shuffled along through the crush, hand in hand, grinning broadly. In the enormous crowd were women in full cover and teenage girls in fashionable jeans.

For many, the demonstration was a family outing. In one scene, a dad swung his boy around, Egyptian flags clutched in his little fists, both of them laughing happily.

The government made further concessions in an effort to defuse the crowd’s anger. Vice President Omar Suleiman said today that the Egyptian cabinet has begun preliminary discussions around a new Constitution, and repeated his promise that protesters will not be prosecuted.

In recent days, the regime has given a pay raise for six million state workers and pledged to investigate corruption, but many protesters say that is not enough.

A frank roundtable of Egyptian pundits on state TV this morning openly discussed the concessions, observing that they do not amount to the kind of change the protesters demanded and wondering if the protesters are getting frustrated with the pace of change.

Mubarak today held his first meeting with a foreign official since the conflict began two weeks ago, sitting down with the foreign minister of the United Arab Emirates. The photo op sent another message to the country that their president is in charge.

Away from Tahrir Square there is evidence that Egyptians are starting to calculate the cost of the prolonged standoff.

his morning, the pyramids in the tourist mecca of Giza were virtually deserted and Egypt’s once-booming tourist industry has ground to a halt.

In the ancient port and resort city of Alexandria, many people said they are “fed up” with the protests, even if they joined them at the outset. An engineer named Aly said, “Enough is enough. They’ve accomplished what they intended.”

Frustrated crowds told ABC News that the protests have virtually stopped all business and they want to get back to their lives and their jobs. While they would like to see new elections, they want Mubarak to stay in office until then. They don’t like how their president has been roundly criticized.

An older woman said, “We love Mubarak. He’s been a good president. Make sure Americans know that.”

On the opposite side of the same square, people held an opposite point of view. Protesters gathered in front of the Ibrahim Mosque say that if they stop now then all they’ve gained will be lost and Mubarak will stay.

“If we stop, we lose everything,” said 21-year-old Mohammad. “Mubarak is lying,” he shouted.