THE HAGUE, Netherlands- Arab lawyers have called on Lebanon and the rest of the Arab world to embrace the U.N.-backed tribunal set up to prosecute the assassins of former Lebanese Prime Minister Rafik Hariri.

Lawyers from the Arab world are meeting to discuss the Special Tribunal for Lebanon as the court prepares to publish the first indictment – expected within a few weeks – naming suspects in the 2005 truck bombing that killed Hariri and 22 others. 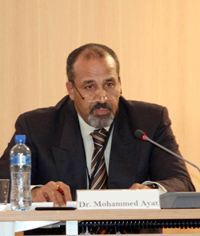 Mohammed Ayat, a senior legal advisor to the prosecutor of the Rwanda Tribunal, told Tuesday’s conference the Arab world “cannot be a simple observer” in international efforts to prosecute atrocities.

There are fears that Shiite militant group Hezbollah will block the tribunal’s work after its candidate was named Lebanon’s new prime minister. WP