“Hariri’s statements on Hezbollah’s failure to commit to the Saudi-Syrian agreement are accusatory,” Hezbollah Minister Mohammed Fneish said on Friday in response to Lebanon Prime Minister Saad Hariri statements during an interview with al Hayat newspaper

Hariri told Al-Hayat newspaper that the Saudi-Syrian (S-S) agreement on reducing tension in Lebanon “had been finalized a long time ago,even before the Custodian of the Two Holy Mosques, (Saudi) King Abdullah bin Abdul Aziz, traveled to New York for treatment.”

” This is the major base of the Syrian-Saudi efforts”. Hariri stressed

Fneish said he was surprised that Hariri did not disclose details of the agreement.

“When the Prime Minister refuses to disclose the details or make them public; and when he (refuses) to explain to the people what he is talking about, no one can judge whether he was right or not,” Fneish stressed.

“These statements do not help. They are an accusation and do not help in the implementation of the Saudi-Syrian initiative,” Fneish added.

Fneish acknowledges that the agreement has been ready but refused to confirm or deny if the Hezbollah led March 8 coalition would commit to a deal and added that “only few people know about the content of the agreement , including Hariri , who has to clarify issues to the people.”

On Wednesday Hezbollah’s mouthpiece Al-Manar television reported that “a solution to the Lebanese impasse is nearly ready and is awaiting the recovery of Saudi King Abdullah bin Abdel Aziz’s .”

Fneish described as “positive” Hariri’s remarks “when he acknowledged that the agreement has been finalized.”

“Everyone knows that the current crisis is due to a politicized investigation. The party that is required to do something about this is well-known. It is definitely not the March 8 coalition,” Speaker Nabih Berri said on Friday in response to Prime Minister Saad Hariri’s statement to Al-Hayat newspaper.

Ali Shami , who is a member of the Amal movement which is headed by Speaker Berri told Kuwaiti daily Al-Anbaa on Friday that he is optimistic about the Saudi-Syrian talks and Iranian efforts to resolve tensions in Lebanon….

He obviously refused to acknowledge that the deal has been made long time ago.

The ball is in Hezbollah’s court

An unnamed government official close to Prime Minister Saad Hariri said the Syrian-Saudi deal on the Lebanese situation calls for clear steps to ease tensions in Lebanon and reduce the rhetoric among the rival political parties.

“All of the steps center on a single objective which is domestic stability and the ability of Lebanon to absorb the Special Tribunal for Lebanon’s ( STL) indictment,” he said.

“The government has been paralyzed for months and the political leaders should be able to discuss issues, and that has not been happening,” the official added.

“We hoped to see the process translating into tension-easing steps but that has not so far happened,” he said. “The ball is in Hezbollah’s court.”

Hariri off to New York 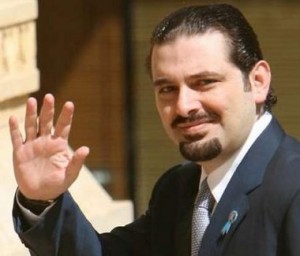 Hariri headed to New York on Friday to meet with Saudi King Abdullah and US Secretary of State Hillary Clinton to discuss with the king and US officials the deadlock in Lebanon created by a UN probe into the 2005 assassination of Hariri’s father, Rafik Hariri.

In an interview published Friday in the daily Al-Hayat, Hariri said he was travelling to New York to meet with the king for the second time in 10 days in a bid to boost Saudi-Syrian efforts to defuse the crisis.

“I am going to there to give a boost to the mediation efforts that are a guarantee to Lebanon’s stability,” Hariri was quoted as telling Al-Hayat newspaper yesterday. He revealed to al Hayat that the Saudi-Syrian mediation efforts had led to an agreement months ago but accused Hezbollah of not living up to their end of the deal.