-The cabinet adopted proportional representation for the upcoming municipal elections and asked Interior Minister Baroud to prepare a new draft law, in which he includes all the proposed amendments to the municipal electoral law for a final discussion in the cabinet. The cabinet will meet on February 27 to discuss Baroud’s new draft. The draft law once adopted will be referred to the parliament. Baroud has repeated that his ministry is ready to hold elections on time .

– Defense Minister Murr discussed his visit to Washington and the US five-year military aid program to the national army. Murr said the US financial aid would be based on priorities set by the Lebanese army.

-Murr also said he discussed the issue of special security measure that Lebanese will be subjected to when traveling to the US and asked the US to take Lebanon off the list . He said the US officials expressed understanding toward his demands.

-PM Hariri said the cockpit voice recorder of the crashed Ethiopian plane was sent to France. He also said the report of the investigation committee as well as the Lebanese report, will be finalized soon. Hariri said he is determined to meet with the families of the victims.

Mitri said We have always wanted to present our report to the families of the victims of the crashed plane. The cabinet will issue soon a detailed report on the plane’s crash. 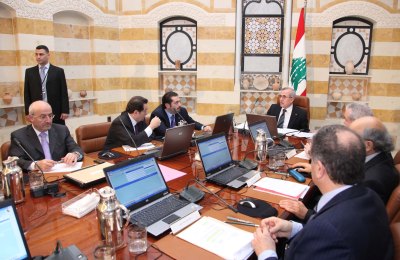