Spain’s King Juan Carlos inspected Spanish U.N. troops stationed in southern Lebanon on Tuesday as he wrapped up a two-day visit to the country.

Wearing full military uniform, he placed a wreath at a memorial for soldiers who have fallen in the country since the United Nations Interim Force in Lebanon (UNIFIL) was founded in 1978 to monitor the border with Israel.

The king, on his first visit to Lebanon, held talks late on Monday with President Michel Suleiman, who praised Spain’s “determination to reach a just and comprehensive peace in the Middle East.” 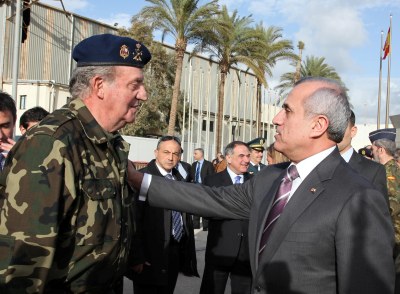