Lahoud said following the meeting that relationship between Syria and Lebanon have to be special.

“President Bashar al-Assad and former President of Lebanon Gen. Emile Lahoud on Tuesday expressed satisfaction over the positive steps Syrian-Lebanese relations have made during the past year.” SANA, the Syrian official news agency reported.

Assad was behind the renewal of Lahoud’s term in 2004 for another 3 years when Lebanon was under Syrian tutelage. Assad’s interference in Lebanese internal affairs caused an outrage in Lebanon and is reportedly behind UN resolution 1559. 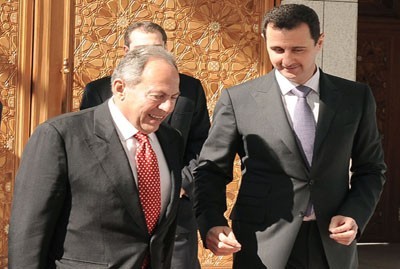