by Ghassan Karam
1043
By Ghassan Karam It is paradoxical when the response to an effort to eliminate sectarianism is voiced in sectarian terms.
Share:

It is paradoxical when the response to an effort to eliminate sectarianism is voiced in sectarian terms. That would be similar to countering an argument for integration in purely bigoted segregationist terms. Unfortunately that is the level or should I say the low level to which the standards of deconfessionalism  discourse has fallen in Lebanon.

The major fault line on which the shaky Lebanese system is built, as we have discussed many times before, is the discriminatory sectarian structure. Speaker Beri has finally decided that it is time to appoint a commission , as called for by the Taef agreement, to study the process that is needed in order to eliminate sectarianism from the state. It should be obvious that it would be difficult to find fault with such a democratic call. Such a call has created oppositions from all across the political spectrum, as is to be expected, because if implemented then it will shake the current system of political leadership to its core; as it should. The opposition was to be expected and the bankruptcy of their arguments was to be expected as well. It has been very entertaining watching one leader after another walk down the plank by adopting nonsensical positions in an attempt to critique the Speaker’s plan. Ms. Mouawad even had the audacity to state with a straight face that eliminating sectarianism is similar to eliminating democracy. Does she really expect anyone whose IQ is above 60 to take such a position seriously?  Apparently she did and it looks like she had the blessings of Patriarch Sfeir since she made her declarations after a meeting with him in Bkirki. That should serve as a strong  argument , if there ever was a need for any, why people of the cloth should confine their utterings to that which they know best, myths of creation and intelligent design. 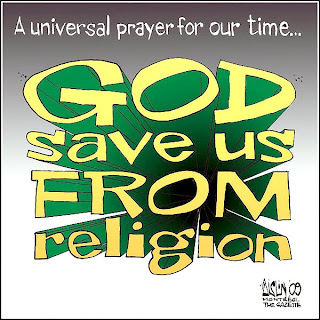 It appears that many of the same politicians who have opposed the Beri plan were not content with the level of derision that their counter plans have produced and so they proceeded to look for newer areas to show their ignorance and farcical powers of analysis.  Low and behold they did find a new area to add to their ludicrous arguments in another Beri initiative  which calls upon the  legislature to put the finishing touches on the plan to lower the voting age in Lebanon from 21 to 18. And what do you think is the reason for their opposition? You guessed it, a purely sectarian mindset. The estimates by the Ministry of the interior is that if the voting age is to be lowered to 18 then the potential number of voters will increase by about 280,000; three quarters of whom are Moslems and the other one quarter are Christians. So one more time what do these Christian geniuses come up with to counter this other very democratic proposal? Why they come up with their own conditions to approve the lowering of the voting age. They will agree to vote for the new law provided that Lebanon adopts simultaneously a plan that grants everyone who is of a Lebanese descent the Lebanese citizenship and the right  to vote.

Do they really want to offer the 12-15 million Lebanese scattered around the world the right to vote in both national and municipal elections?  Do they really want individuals who have never been to the country , who cannot speak its language and who do not understand any of its problems to have the final say in what policies to adopt and what to reject?  Of course not. This is another purely selfish and cynical stand calculated to disenfranchise 280,000 Lebanese the majority of whom belong to a different sect. Someone should remind these politicians to be careful what they wish for, their wishes might come true and the votes from their diabolical plan might come back to haunt them.

(The writer was in the past and remains a strong vocal critic of Mr. Beri with the exception of the above two initiatives)