by Ghassan Karam
24349
By Ghassan Karam The subject of national debt, its burden or its sustainability has always led to heated debates and recriminations determined by ones political views.
Share: 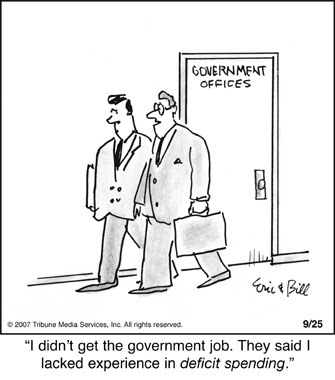 The subject of national debt, its burden or its sustainability has always led to heated debates and recriminations determined by ones political views. As a general rule those that support March 14 have a more positive view of Lebanon’s ability to finance its future needs while those that belong to the opposition appear to have a dim view both of the debt and its implications.

But one would have expected all observers to take a position on this all important issue based on certain objective criteria instead of the normative subjective lines of thinking that is being employed.  The eventuality of default on national debt becomes unavoidable ones a set of thresholds has been crossed irrespective of the political ideology of the ruling party in the country in question. The likelihood of declaring default is very much affected by the solvency and the degree of liquidity that the country in question enjoys. There is no doubt that geopolitical developments also play a role. But even when political instability contributes to the high likelihood of a default it does that by affecting the fundamental macroeconomic variables. That is why we intend to present a summary of the most important indicators that a recent purely objective empirical study has shown to be the most common indicators that a sovereign debt crisis is very highly likely. The study was published as an IMF Working Paper and was co authored by Mr. Nouriel Roubini whose views and analysis of the recent global economic crisis has catapulted him to the top of his profession.

The following are the 10 variables that are usually closely associated with a sovereign debt crisis:

(9)Exchange Rate overvaluation of more than 48%

The above 10 indicators provide a highly reliable snapshot about an economy irrespective of its size or political orientation. The above list gives the analyst an idea about a sovereign’s ability to pay, its liquidity and its exchange rate risk. No one variable by itself is capable of predicting correctly the default risk associated with a country but a number of these indicators, if they breach their threshold would create a crisis-dynamic that would be difficult to dismiss.

If we are to take a quick look at the above indicators as they apply to Lebanon then it becomes very clear that Lebanon is in serious violation of (1); (2); (4);(7); and (9) while (6) and (10) can be deemed not to be applicable. Relatively negative indicators are (5) and (8) even when gold is included. This leaves (3) as the only slightly positive indicator.

This is an unambiguous record that shows a high probability of a debt crisis which will manifest itself either in a default or a restructuring of debt.