Lebanese Prime Minister Saad Hariri addressed the UN Climate Change Conference in Copenhagen on Wednesday, in which he said he is looking forward to receiving support from developed nations to implement plans to reduce the effects of climate change in Lebanon.

“We are fully committed to face climate changes and to decrease the greenhouse gas emissions on the global level. We will implement several measures on the national level to reduce climate change effects. We chose to commit to increase the proportion of renewable energy to 12% [of total energy consumption] by 2020,” Hariri said.

He said that the Lebanese environment is currently threatened by climate change, adding that several studies show that different areas in Lebanon would witness temperature increases due to the emission of greenhouse gases. 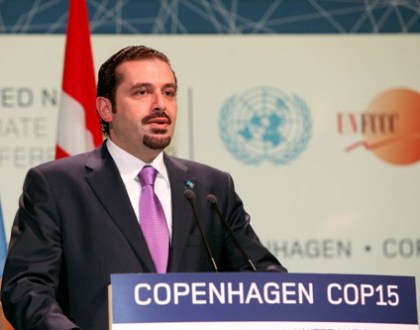