by yalibnan
823
Imagine outlawing in America the construction of a particular architectural element because some citizens perceive it to be culturally undesirable or symbolically threatening
Share: 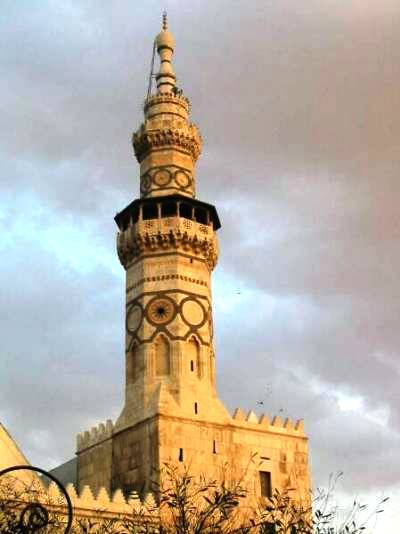 Imagine outlawing in America the construction of a particular architectural element because some citizens perceive it to be culturally undesirable or symbolically threatening. Presumably offensive structures, design motifs and ornamental art could be prohibited. Bans could apply to architectural features associated with certain political, social or religious groups, or with specific building types and materials. Rowhouses with flat roofs, exposed concrete block, synthetic siding or chain-link fencing could be prohibited.

Impossible in a modern Western democracy? Apparently not.

The Washington Post’s Edward Cody reported that in a referendum last month, 57.5 percent of Switzerland’s voting citizens endorsed adoption of a law banning minarets, and only minarets, the often elegant towers attached to mosques throughout the Islamic world.

A majority of the Swiss electorate seems to believe that minarets are visually intrusive power symbols of a religious minority composing less than 6 percent of Switzerland’s 7.6 million population. Evidently voters fear that minarets represent an architectural challenge to church steeples punctuating Switzerland’s traditional town and city skylines. Yet Switzerland, like the United States, guarantees religious freedom. Something’s wrong with this picture.

Wholesale banning of a specific architectural element, such as a tower or minaret, is terrible public policy, akin to burning books and censoring newspapers. The minaret prohibition is especially illogical because Swiss law bans neither mosques nor Islam. Clearly this misguided vote is driven by irrational phobia, by perception eclipsing reality, and by misunderstanding of Islamic architecture and mosque building traditions.

I know those traditions well, having worked as a mosque designer when I was a Peace Corps volunteer architect in Tunisia, and having visited scores of mosques throughout North Africa and the Middle East.

Like a steeple, a minaret historically was both symbolic and functional.

Its practical purpose was to enable a man — the muezzin — to ascend a ladder or stair within the minaret and vocally summon the faithful to prayer five times daily, one of the pillars of Islam.

Minarets, like church steeples, rise and point symbolically heavenward, giving identity to mosques while announcing their location. As vertical landmarks often visible from afar, minarets are indispensable aids to orientation and way-finding for everyone in a community.

The notion that a minaret symbolizes Islamic power is nonsense, as nonsensical as suggesting that a church steeple is a power symbol. That Switzerland — where real power resides in banking, dairy products and chocolate — is worried about the power and menace of minarets is even more nonsensical.

On the other hand, wisely regulating the height, footprint and construction soundness of a minaret, or any other tower built in a town or city, is not unreasonable. Structural stability, fire resistance, safety and environmental impact are legitimate public concerns.

Apparently none of these concerns or regulatory aims motivated Switzerland’s anti-minaret voters. Nor were voters swayed by the Swiss government and business communities, both of which strongly opposed the measure.

During this holiday season of glad tidings and goodwill, perhaps the Swiss will reconsider their reactionary vote. Rather than outlawing minarets, a fundamental component of mosque architecture, the Swiss should do the right thing: ensure that a mosque and its minaret comply with the same laws and standards as churches and other buildings serving citizens of the community.

*Roger K. Lewis is a practicing architect and a professor emeritus of architecture at the University of Maryland.