Tele Liban stormed over Its failure to cover protests 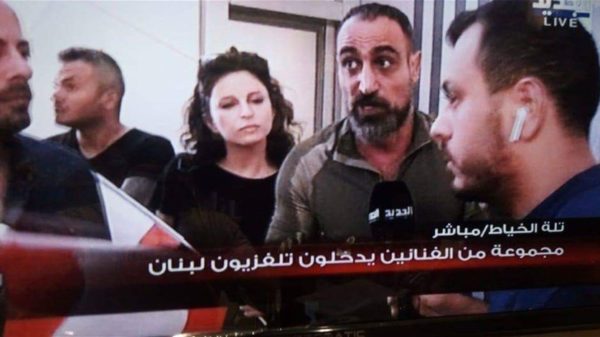 Several Lebanese artists, actors and actresses on Tuesday stormed the building of Lebanon’s state-run television in Beirut over its failure to cover the protests that have been rocking the country for the past six days.

“The entire world is talking about this historic event. It is unacceptable for the national television to refrain from covering such an event,” prominent actor Badih Abou Chakra told reporters after entering the building.

“The channel belongs to the millions of people who are in the streets demonstrating,”  Abu Chakra said.

Actor Wissam Hanna for his part condemned the sacking of the director of the National News Agency, Laure Suleiman, decrying that “they have appointed a person whose political affiliation is well-known.”

“We are not here to occupy. We are here to say that the television belongs to Lebanon,” actor Abdo Chahine said.

The actress Anjou Rihan for her part said that Tele Liban’s failure to “cover the presence of one million people on the streets is unreasonable.” 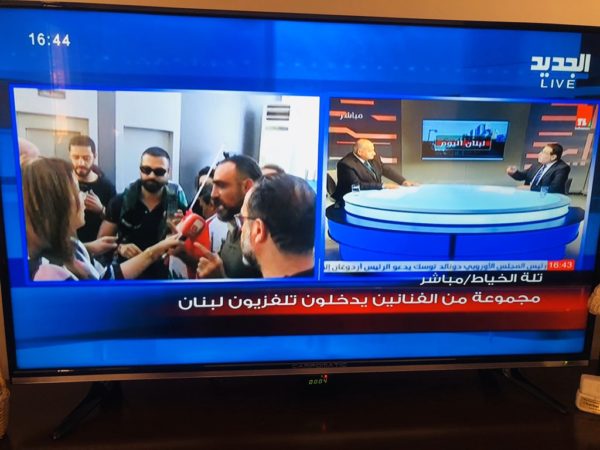 Suleiman reportedly holds close ties with the Lebanese Forces, who resigned from the current Cabinet two days ago at the height of mass protests.

The minister’s decision “takes effect immediately,” his press office said. “Ziad Harfouche will assume the position of director of the NNA pending the appointment of a permanent director, in accordance with established practice,” continues the minister.

The reasons for the dismissal of Laure Suleiman have not been specified.