US Treasury threatens to “shut down the Turkish economy “ 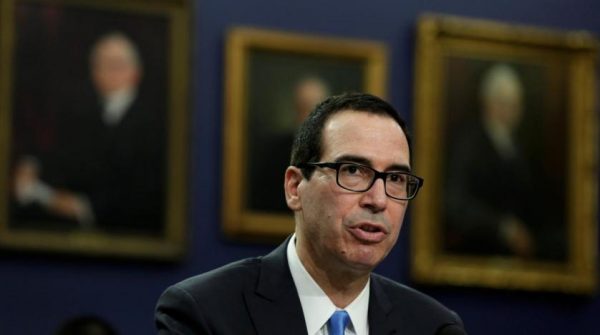 President Trump will sign an executive order giving the Treasury Department new powers to punish Turkish government officials if Turkey targets ethnic and religious minorities in its operations — which are specifically aimed at Kurdish fighters. The White House also warned that if Turkey allowed any Islamic State fighters being held in prisons in the area to escape, the United States would respond forcefully.

“We can shut down the Turkish economy if we need to,” the Treasury secretary, Steven Mnuchin, said in a briefing at the White House, echoing a threat that Mr. Trump briefly made, and then retreated from, this week on Twitter.

But the warning was, so far, just talk: Administration officials said they were not yet moving ahead with any new sanctions against Turkey, and left unclear what kind of transgressions might trigger enforcement of the threat. Some American diplomats said they viewed the warning as an effort to pre-empt congressional sanctions.

Mr. Trump’s decision to remove American forces from the region in advance of the Turkish offensive has been met with condemnation from both parties in Congress, including from some of Mr. Trump’s staunchest supporters. Senator Mitch McConnell, the majority leader, denounced the president’s move as a betrayal of American allies; so did Senator Lindsey Graham of South Carolina, who declared that “the ability to recruit partners to fight radical Islam in the future has been virtually destroyed.”

White House officials say they are concerned that lawmakers are moving forward with bipartisan sanctions legislation, which could have enough votes to override a presidential veto. That happened in 2017, involving sanctions on Russia.

It was the timing of Friday’s threat, more than the substance, that seemed particularly mysterious. In the days since President Recep Tayyip Erdogan spoke with Mr. Trump by telephone about pulling American troops out of Syria, several senior American diplomats have said that Mr. Trump made a crucial error by not threatening sanctions before the withdrawal. By doing so after the fact, Mr. Erdogan would lose face if he changed course in response to such a warning.

Nonetheless, Secretary of State Mike Pompeo, in an interview with The Tennessean during a visit to Nashville, seemed to be trying to contain the damage.

“The president’s made very clear, both publicly and directly to Turkey as well as through State Department channels, that there will be a real cost to Turkey, to President Erdogan, if he continues down this path; that there’ll be an economic cost,” he said. “But the Kurdish people here and the leadership in Turkey should understand that we don’t think what President Erdogan did was right. It’s not proper, and he needs to stop.”

Mr. Mnuchin said that he did not believe that the president’s actions were what led to the current situation in the region. Mr. Trump had told the Turkish president that American troops fighting alongside the Kurds in a counterterrorism mission against the Islamic State would be pulled back from the border with Syria, which critics of the president’s policy said effectively gave the Turks a green light to start their offensive.

The executive order will give Treasury the authority to impose secondary sanctions against anyone engaging in “knowing and significant transactions” with designated individuals and entities of Turkey’s government.

Mr. Mnuchin said that banks should be on notice for potential sanctions actions by the United States.

A senior State Department official said sanctions were likely to be similar to economic penalties that were imposed in 2018 against the Turkish justice minister and interior minister. Those sanctions were meant to punish Mr. Erdogan’s government for detaining an American pastor, Andrew Brunson, on charges of espionage.