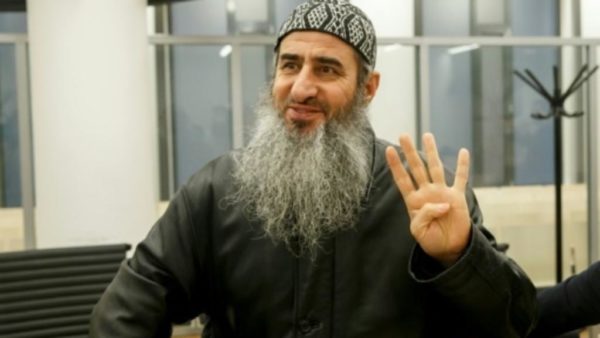 A refugee in Norway since 1991, 63-year-old Krekar — whose real name is Najumuddin Ahmad Faraj — is accused by Italy of leading the Rawti Shax, a network with alleged links to the Islamic State group and which is suspected of planning attacks in the West.

In his absence, a court in Bolzano in northern Italy sentenced him Monday to 12 years’ imprisonment on a charge of “terrorist conspiracy”. It also sentenced five co-accused.

“The PST, with the assistance of Oslo police, arrested Mullah Krekar on Monday evening under an international search warrant and an Italian arrest warrant,” the agency said on Twitter.

Krekar must appear in court on Wednesday to be placed in provisional detention.

“He has no connection with IS,” his Norwegian lawyer Brynjar Meling told AFP after the court ruling.

“His only goal is to come back to Kurdistan in Iraq and be able to (be a) politician there, set up a political party he wants to establish in Iraq as a free man”.

Considered a threat to national security and featuring on UN and US terror lists, Krekar has been at risk of deportation since 2003.

Norwegian law, however, bars his deportation to Iraq because he risks the death penalty there.

Italy in 2016 cancelled a request for Krekar’s extradition, disappointing Norwegian officials who viewed this as a chance to be rid of the mullah they perceive as troublesome.

He had spent several years in jail in Norway for threats and inciting violence, but was freed in November 2016 after Italy’s withdrawal.