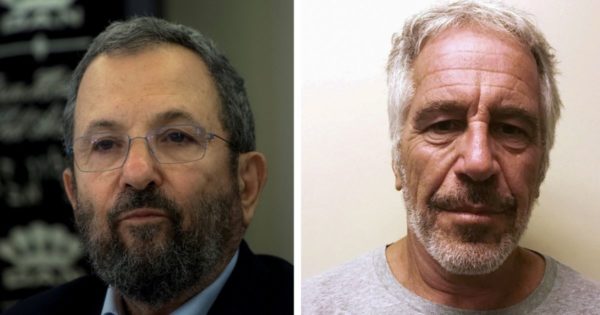 Former Israeli Prime Minister and election candidate Ehud Barak held a multi-million-dollar business partnership with Jeffrey Epstein, the US billionaire who was this week arrested for sex trafficking underage girls.

According to an exposé yesterday by Israeli daily Haaretz, Barak – who served as Israel’s Prime Minister between 1999 and 2001 and recently announced his formation of a new party, Democratic Israel, ahead of the country’s general election in September – held business ties with Epstein as recently as 2015.

Epstein is a US billionaire who made his fortune on Wall Street and is known to have close relationships with influential political figures, including former US President Bill Clinton and current US President Donald Trump.

In 2008 Epstein pleaded guilty to soliciting underage girls for prostitution, paying dozens of 14 and 15-year olds to perform sex acts over a period of six years. He spent 13 months in county jail, but was given lenient terms under which he was allowed to leave prison six days per week to go to work.

On Saturday, Epstein was arrested on fresh charges of sexually exploiting underage girls at his New York and Florida mansions, as well as “recruiting” other teenagers to carry out sex acts. He pleaded not guilty to sex trafficking and conspiracy to sex traffic minors.

Now Haaretz has exposed that Barak had close ties with Epstein as recently as 2015. It was previously known that the pair held connections, with an Israeli journalist last year reporting that, in 2004, Epstein gave Barak $2.3 million for “research”. The details of this research were never exposed, with Barak refusing to comment on his work as a “private citizen”.

The Israeli daily explained that, “in 2015, Barak set up a limited partnership [called Sum (E.B.)], in which he is the sole shareholder. That company invested in Reporty Homeland Security, established in 2014, becoming a major shareholder.” Last year Reporty, which provides geolocation technology for the emergency services, changed its name to Carbyne.

“Barak is [and remains] the chairman of Carbyne and, according to reports by business media outlets, his personal investment in the company totals millions of dollars,” Haaretz explained, adding that it “has learned that Epstein financed a considerable part of the investment, thus becoming a partner in the project”. This means that a large part of the money used by Sum to buy Reporty/Carbyne stock was supplied by Epstein.

In a statement to the newspaper, Barak said that “since these are private investments, it wouldn’t be proper or right for me to expose the investors’ details”, but conceded that “a small number of people I know invest in [the company]”.

Israeli Prime Minister Benjamin Netanyahu has been quick to jump on the revelations in a bid to hamper Barak’s prospects of success in the upcoming election.

Netanyahu took to Facebook yesterday to demand: “Investigate Ehud Barak immediately.” However, as the Times of Israel points out, “the prime minister did not say what behavior on Barak’s part could be the subject of a criminal probe, as no action described in the report appeared illegal”.

For his part, Barak responded to Netanyahu’s calls for an investigation by pointing out the prime minister’s own legal woes, saying that Netanyahu, like Epstein, is “now neck-deep in criminality”. Netanyahu is slated to appear in court in October charged with fraud, bribery and breach of trust in connection with three corruption cases. If found guilty, he could face up to ten years in prison.

This political mudslinging has been seen as an attempt by Netanyahu to “go on the attack,” rather than the defence against the myriad corruption allegations against him. Netanyahu is famous for attacking his political rivals to boost his own popularity, labelling head of the Blue and White (Kahol Lavan) alliance Benny Gantz “mentally unstable” ahead of the last Israeli election in April.

Netanyahu and Barak have a long history of rivalry. Barak was Netanyahu’s commander in the elite Sayeret Matkal unit of the Israeli army, and as such is reportedly one of the few people Netanyahu both respects and fears. It is this history that has likely prompted Netanyahu’s attack on Barak over his connections to Epstein, as opposed to a belief that Barak is a serious electoral opponent – the latest election polls put Barak’s Democratic Israel party at only four seats, the minimum needed to sit in the Knesset, compared to the Likud party’s 33 seats.