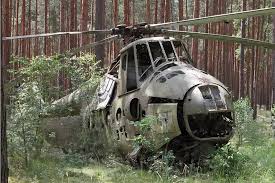 A Venezuelan military helicopter crashed close to Caracas on Saturday morning, killing all seven people on board, the Defense Ministry said in a statement.

The helicopter was to fly from Caracas, the capital, to the west-central state of Cojedes when it “went to ground,” the Defense Ministry said, adding that authorities were investigating the cause of the crash.

President Nicolas Maduro was in Cojedes on Saturday to watch a series of army drills, which, in televised speeches, he said demonstrated Venezuela’s military readiness against what he called the threat posed by the United States.

Maduro accuses the U.S. government of trying to foment a coup against him by backing opposition leader Juan Guaido, who denounces Maduro as illegitimate and has assumed a rival presidency.

“I profoundly regret this incident and express my heartfelt condolences to their relatives and friends,” Maduro said later on Twitter.