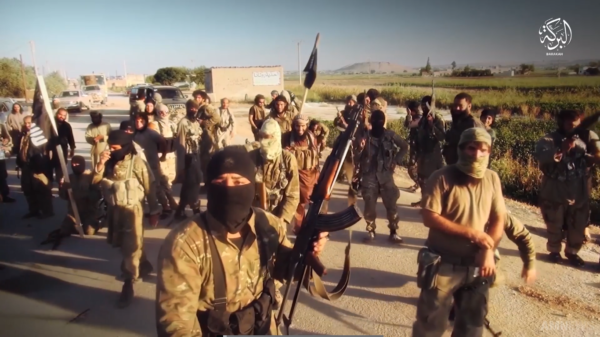 Syrian government forces came under separate attacks from ISIL and al-Qaeda-linked rebels in different parts of the country that killed nearly 50 soldiers and allied fighters.

In one attack, Islamic State of Iraq and the Levant (ISIL) fighters ambushed Syrian forces in the desert of central Homs province on Thursday night, setting off two days of clashes that killed 27 soldiers, including four officers, the Syrian Observatory for Human Rights said on Saturday.

A pro-government militia, known as Liwa al-Quds, confirmed the ambush saying it had sent its fighters to liberate the two besieged battalions, made up of nearly 500 soldiers, east of the town of al-Sukhna.

In a Facebook post, the militia said it successfully broke the siege and liberated the surviving soldiers before pulling the bodies of those killed and damaged vehicles to safety.

Liwa al-Quds, one of the elite militias operating side by side with government troops, didn’t give a casualty figure. It said the besieged battalions were out in the desert looking for an army division that disappeared in the area over the last few days.

ISIL lost its last territories in Syria in March after months of battles with US-backed Kurdish-led fighters in the eastern province of Deir Az Zor. But fighters remain active in the desert to the west of Deir Az Zor where they have taken refuge and increasingly targeted government troops and allied militia.

The armed group, which once controlled large swaths of territory in Syria and Iraq, has kept a network of sleeper cells active in both countries.

It has also kept up its media operations. The ISIL-affiliated Aamaq website reported the attack east of al-Sukhna, saying in 24 hours of clashes its fighters killed nearly two dozen Syrian soldiers and officers. It said they also seized Syrian government ammunition and vehicles.

Separately, government forces came under an attack from fighters of al-Qaeda-linked Hay’et Tahir al-Sham in northwest Syria, where a ceasefire is supposed to be in place.

A ceasefire was reached in the area in September but is increasingly tested. The area includes the last major stronghold of the armed opposition.

The ceasefire was negotiated by Russia and Turkey, who support opposite sides of the conflict but have closely coordinated their policies