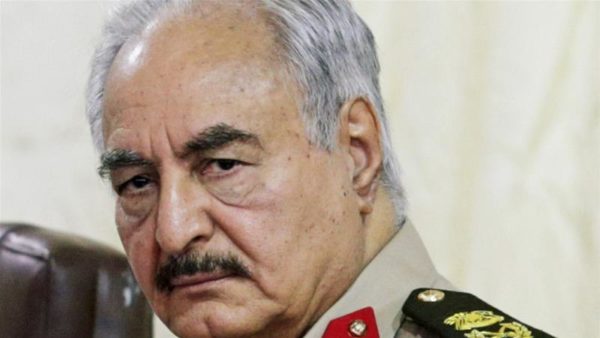 A British-drafted resolution presented to the UN Security Council demands an immediate ceasefire in Libya after forces loyal to warlord Khalifa Haftar launched an offensive on Tripoli, according to the text obtained by AFP on Tuesday.

The proposed measure said the offensive by Haftar’s Libyan National Army (LNA) “threatens the stability of Libya and prospects for a United Nations-facilitated political dialogue and a comprehensive political solution to the crisis.”

The council “demands that all parties in Libya immediately de-escalate the situation, commit to a ceasefire, and engage with the United Nations to ensure a full and comprehensive cessation of hostilities throughout Libya.”

Dozens of people have been killed and more than 18,000 displaced since fighting broke out on April 4.

Britain circulated the text late Monday and a first round of negotiations is to be held later Tuesday, diplomats said.

It remained unclear when the council would vote on the draft resolution, but diplomats have called for quick action to prevent an all-out war in the capital.

Resolutions adopted by the council are legally binding.

The proposed measure echoed a call for a ceasefire by UN Secretary-General Antonio Guterres, who was in Libya to personally advance prospects for a political solution when the offensive was launched.

Haftar, seen by his allies Egypt and the United Arab Emirates as a bulwark against Islamists, has declared he wants to seize the capital, now controlled by a UN-backed government and an array of militias.

Haftar backs a rival administration based in eastern Libya that is refusing to recognize the authority of the Tripoli government.

The offensive on the capital forced the United Nations to postpone a national conference that was to draw up a roadmap to elections, meant to turn the page on years of chaos since the 2011 ouster of Moamer Kadhafi.

The draft resolution calls on all sides in Libya “immediately to re-commit” to the UN dialogue and urges all member-states “to use their influence over the parties in Libya” to abide by the resolution.

Diplomats have long complained that foreign powers backing rival sides in Libya threatened to turn the conflict into a proxy war.