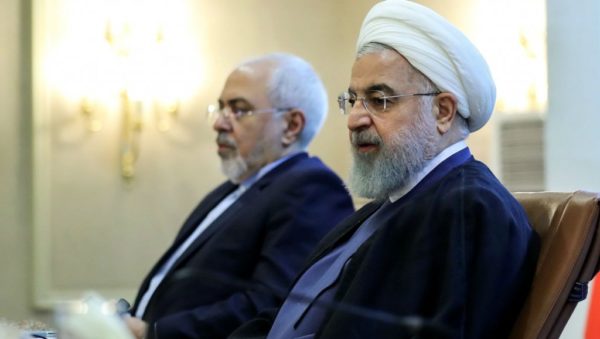 Iranian President Hassan Rouhani rejected on Wednesday the resignation of Foreign Minister Mohammad Javad Zarif, saying it was against the national interests of the Islamic Republic.

“I believe your resignation is against the country’s interests and do not approve it,” Rouhani wrote in a letter to Zarif published on the government’s official website.

“Mr Zarif is in charge of the foreign policy of the Islamic Republic, and has always been supported by the top officials, especially the supreme leader,” Qassem Soleimani, head of the Quds Force, a branch of the Revolutionary Guards, was quoted as saying by Fars news agency.

Although Zarif gave no specific reasons for his surprise resignation on Monday, Iranian media reports indicated he resigned over not being invited to a meeting between Rouhani and Syrian President Bashar al-Assad in Tehran on Monday.

Assad made his first public visit to Iran since the start of Syria’s war in 2011, and also met Khamenei.

Soleimani, who was present at both meetings, said Zarif’s absence was the result of a bureaucratic mistake.

“Signs show there has been no intention to exclude Mr Zarif from this meeting and I should emphasise that as the foreign minister of the Islamic Republic of Iran, he is the main person in charge of the country’s foreign policy,” Soleimani said.

Zarif, a US-educated veteran diplomat, helped craft a pact with world powers in 2015 that curbed Iran’s nuclear programme in return for sanctions relief.

He has been under pressure from Iranian hardliners since 2018, when US President Donald Trump withdrew from the nuclear deal and reimposed sanctions on Tehran.