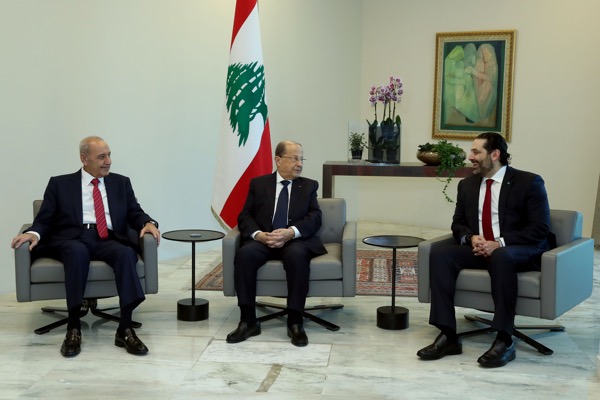 Lebanon’s new government will start preparing its policy statement on Monday, it said on Saturday, as investors monitor commitment to reforms aimed at boosting the economy.

The policy statement may provide an early clue as to whether the coalition government can agree on the “bold reforms” that Prime Minister Saad al-Hariri has said are needed.

It may also address issues such as Lebanon’s relationship with Syria and the Iran-backed Hezbollah group’s possession of a large arsenal on which members of the coalition disagree.

At Saturday’s cabinet meeting, the first since the government was formed on Thursday, Hariri said: “There are difficult decisions in all areas that we must take”.

Public debt is 50 percent bigger than the size of the economy and annual growth has averaged 1-2 percent for years.

It took rival parties nearly nine months to agree on the make-up of the cabinet after May’s election, apportioning portfolios according to party strength and a delicate sectarian power balance.

A committee formed by the cabinet to start preparing the statement will meet on Monday and Parliament Speaker Nabih Berri said it will present this within a week.

Foreign donors have pledged aid and low-interest loans to help the economy by investing in Lebanon’s inadequate infrastructure, but they have tied the money to reforms.

At the Paris conference last year in which the pledges were made, Hariri promised to reduce the deficit as a percentage of GDP by 5 percent in five years.