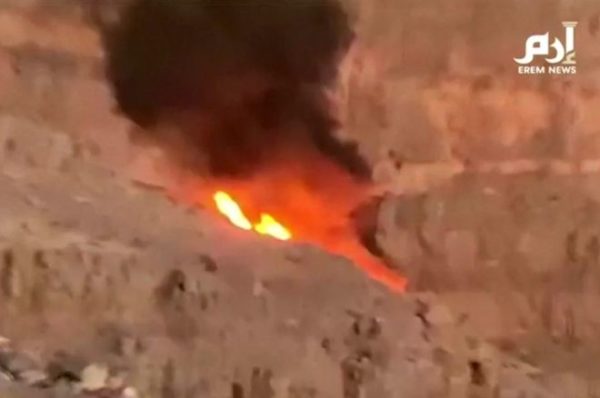 A rescue helicopter has crashed near the world’s longest zipline in the UAE, killing its crew.
Share:

A rescue helicopter has crashed near the world’s longest zipline in the UAE, killing its crew.

The Agusta 139 helicopter was on a rescue mission at Jebel Jais, a mountain in the Ras al-Khaimah emirate, when it came down on Saturday.

Video footage has emerged showing the helicopter in a tailspin and on fire on the mountainside.

Local newspaper The National reports that it hit a cable before spiralling out of control.

Tourism authorities told local media they could not comment on the matter while an investigation. ordered by Sheikh Saud bin Saqr al-Qasimi, the ruler of Ras al-Khaimah, was ongoing.

Mr Roxburgh, a South African, is said to have described himself as a “single dad” to a young child on social media.

“As long as I can remember my dad taught me about self-sacrifice in the service of those in need,” he wrote on his Facebook profile.

Social media were filled with tributes to the men as the news emerged, with many Emiratis offering condolences to loved ones.

The world’s longest zipline opened at Jebel Jais in February.

Toroverde, which runs the 2.83km (1.76 mile-long) adventure experience, confirmed it was closed in a statement online.

“Toroverde Ras al-Khaimah regrets to report that there has been a very serious incident on the mountain, and due to this incident, Jebel Jais Mountain Park and access road have been closed until further notice, in order to give the emergency services the access they need,” the company said.

“All the world’s longest zipline’s flights are cancelled until further notice and we will be in direct contact with all our customers by phone immediately.”