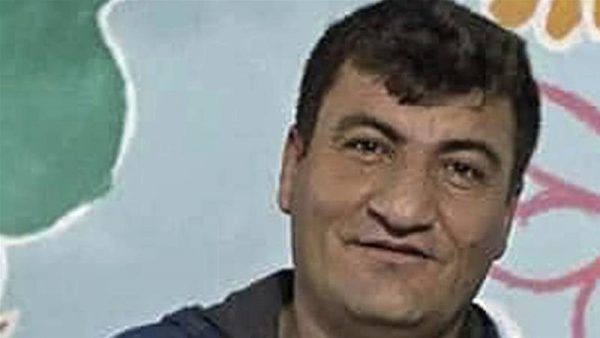 Raed Fares was a prominent anti-government journalist and sharp critic of ISIL in Syria [AP]
Share:
A Syrian radio host who satirized both President Bashar al-Assad and opposition insurgents including ISIS has been shot dead in Syria’s rebel-held Idlib province, the Syrian Journalists Association said Saturday.

Raed Al Fares and another activist and journalist, Hamoud Junaid, were killed Friday in the town of Kafr Nabl after being hunted by extremist groups, the journalist group said.

“Both of the men who were killed were pioneers of civil society and brought the free voice to the world through the famous banners of Kafr Nabl,” a statement from the group said.

The Syrian Observatory for Human Rights, a British-based human rights group, said unidentified gunmen killed Fares and Junaid in Kafr Nabl, where their US-funded Radio Fresh station was based.

No group has claimed responsibility for the killings.
Fares set up Radio Fresh in 2013 to provide news on Syria conflict’s, specifically to northern provinces. He continued until the United States cut funds to rebel-held areas, including the radio station, in June.
The activist saw radio as a way to spread awareness about ideas that he advocated for, including social justice and democracy. Raed Al Fares
Fares, who was born in 1972, often called for protests but stressed they should be peaceful. He was known for famous protest banners in English in Idlib.
As the Syrian war progressed, Fares secretly filmed and released footage showing the suffering of people in Kafr Nabl.
In 2014, he was shot in the chest by ISIS and abducted and tortured several times, according to the observatory.
Fares was interviewed about his work in a video posted on YouTube.
“I have known them for at least four years from the early days of the liberation,” Ayman Akkad, 30, a friend of his, told CNN.
“Raed is the one I go to when I want a thorough honest advisory … totally honest and straightforward. He was always joking about how many times he found hidden bombs around his house, he wouldn’t buy a car because it would be his grave,” Akkad said.
“He led an everlasting battle for democracy and prosperity of Syria. He advocated for right during the times of fear when everyone was silent. My reaction was like I was waiting for it, I kind of knew it. … It sounded familiar, but it was heartbreaking that it happened.”
In a joint statement on Facebook, Jim Jeffrey, the US secretary of state’s special representative for Syria engagement, and Joel Rayburn, US deputy assistant secretary of state and special envoy for Syria, said the two activists “lived their lives as heroes.”

They “were patriots and activists who dedicated their lives to building a better future for Syria and the Syrian people. As symbols of the Syrian revolution and the best of the youth for Syria, they were among the first revolutionaries to put their creativity and skills to use to serve their people and their nation.”

The statement said “the treasonous, criminal and malicious hands responsible for their assassination cannot and will not succeed in erasing their legacy.”

In a tweet Friday, US State Department spokeswoman Heather Nauert said: “We are saddened by the murder of #RaedFares in Idlib. He was a courageous activist for peace & a better future for Syrian people.
“He was also a longtime friend of @statedept. Our thoughts and prayers go out to his family & the family of (Hamoud) Junaid. They inspired,” Nauert added.

We are saddened by the murder of #RaedFares in Idlib. He was a courageous activist for peace & a better future for Syrian people. He was also a longtime friend of @statedept Our thoughts and prayers go out to his family & the family of Hamud Junaid. They inspired. https://t.co/N0XsGtGZxZ

The State Department also released a statement that said the two men “never shied from speaking the truth upholding the original values of the revolution.”

“Syrians and the world will always remember Raed’s famous signs in Kafr Nabel, and Hamoud’s footage will forever serve as a testament to the crimes the Syrian regime has committed against the Syrian people,” the State Department statement reads.

Since the beginning of Syrian revolution in 2011, hundreds of thousands of Syrians were killed, including dozens of activists.