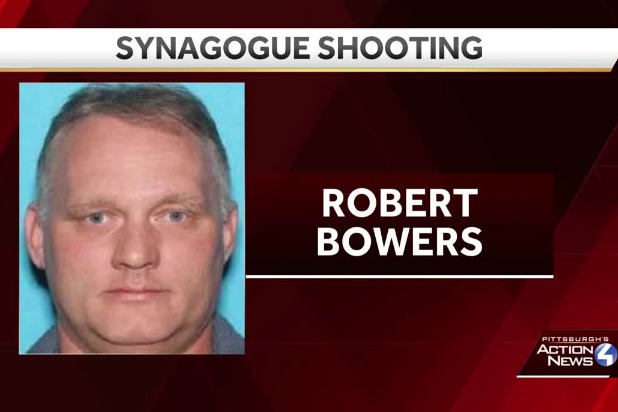 A gunman who frequently posted anti-Semitic threats online burst inside a busy Pittsburgh synagogue on Saturday and opened fire, killing 11 people and injuring six others. After exchanging gunfire with police, 46-year-old Robert Bowers surrendered and was taken into custody.

The Department of Justice charged Bowers with 29 federal counts, including 11 counts of obstructing the exercise of religious beliefs resulting in death. Attorney General Jeff Sessions said the charges could lead to the death penalty.

Bowers, who was injured during the shootout with police, underwent surgery and remains hospitalized. He is expected to make his first court appearance Monday.

Bowers burst into the Tree of Life Congregation Saturday morning and fired inside while expressing his hatred toward Jewish people, according to a charging document made public Sunday. It said the statements continued during his gunfight with police, with Bowers telling one officer: “They’re committing genocide to my people. I just want to kill Jews.”

Bowers was armed with an AR-15 and three handguns during the 20-minute assault.

Wendell Hissrich, the city’s public safety director, said there was no further threat to the public. “It’s a very horrific crime scene,” he told reporters Sunday. “It’s one of the worst that I’ve seen, and I’ve been on some plane crashes. It’s very bad.”