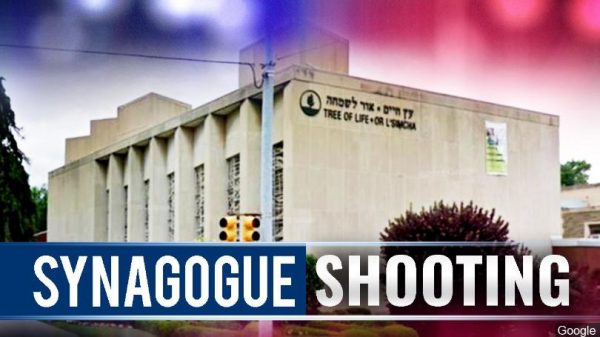 Every country in the world has bigoted extremists and people with serious mental health issues that may drive them to violence. But in America, it is uniquely easy for one of these people to obtain a gun and carry out horrific tragedies like the mass shooting at a synagogue in Pittsburgh on Saturday.

This is, in short, America’s gun problem. It’s why we see so many of these mass shootings on a regular basis. It’s why the US has so much gun violence in general compared to its developed peers.

It comes down to two basic issues.

First, America has uniquely weak gun laws. Other developed nations at the very least require one or more background checks and almost always something more rigorous beyond that to get a gun, from specific training courses to rules for locking up firearms to more arduous licensing requirements to specific justifications, besides self-defense, for owning a gun. In the US, even a background check isn’t a total requirement; the current federal law is riddled with loopholes and snared by poor enforcement, so there are many ways around even a basic background check. There are simply very few barriers, if any, to getting a gun in the US.

Second, the US has a ton of guns. It has far more than not just other developed nations, but any other country period. Estimated for 2017, the number of civilian-owned firearms in the US was 120.5 guns per 100 residents, meaning there were more firearms than people. The world’s second-ranked country was Yemen, a quasi-failed state torn by civil war, where there were 52.8 guns per 100 residents, according to an analysis from the Small Arms Survey.

Both of these factors come together to make it uniquely easy for someone with any violent intent to find a firearm, allowing them to carry out a horrific shooting.

This is born out in the statistics. The US has nearly six times the gun homicide rate of Canada, more than seven times that of Sweden, and nearly 16 times that of Germany, according to United Nations data for 2012 compiled by the Guardian. (These gun deaths are a big reason America has a much higher overall homicide rate, which includes non-gun deaths, than other developed nations.)

The research, compiled by the Harvard School of Public Health’s Injury Control Research Center, is also pretty clear: After controlling for variables such as socioeconomic factors and other crime, places with more guns have more gun deaths. Researchers have found this to be true not just with homicides, but also with suicides (which in recent years were around 60 percent of US gun deaths), domestic violence, and violence against police.

As a breakthrough analysis by UC Berkeley’s Franklin Zimring and Gordon Hawkins in the 1990s found, it’s not even that the US has more crime than other developed countries. This chart, based on data from Jeffrey Swanson at Duke University, shows that the US is not an outlier when it comes to overall crime:

Instead, the US appears to have more lethal violence — and that’s driven in large part by the prevalence of guns.

“A series of specific comparisons of the death rates from property crime and assault in New York City and London show how enormous differences in death risk can be explained even while general patterns are similar,” Zimring and Hawkins wrote. “A preference for crimes of personal force and the willingness and ability to use guns in robbery make similar levels of property crime 54 times as deadly in New York City as in London.”

This is in many ways intuitive: People of every country get into arguments and fights with friends, family, and peers. But in the US, it’s much more likely that someone will get angry at an argument and be able to pull out a gun and kill someone.

Or in the case of Pittsburgh, America does not have a monopoly on bigots. What is unique about the US is that it makes it so easy for these bigots to obtain a gun.

Researchers have found that stricter gun laws could help. A 2016 review of 130 studies in 10 countries, published in Epidemiologic Reviews, found that new legal restrictions on owning and purchasing guns tended to be followed by a drop in gun violence — a strong indicator that restricting access to guns can save lives. A review of the US evidence by RAND also linked some gun control measures, including background checks, to reduced injuries and deaths.

That doesn’t mean that bigots and extremists will never be able to carry out a shooting in places with strict gun laws. Even the strictest gun laws can’t prevent every shooting.

And guns are not the only contributor to violence. Other factors include, for example, poverty, urbanization, alcohol consumption, and the strength of criminal justice systems. But when researchers control for other confounding variables, they have found time and time again that America’s loose access to guns is a major reason the US is so much worse in terms of gun violence than its developed peers.

So America, with its lax laws and abundance of firearms, makes it uniquely easy for people to commit massacres. Until the US confronts that issue, it will continue seeing more gun deaths than the rest of the developed world.