Beirut- People and municipalities have resorted to burning garbage in Lebanon as a result of government mismanagement and it may badly damage the health of nearby residents, Human Rights Watch said on Friday.

The waste crisis erupted in 2015 when the Lebanese authorities closed the main landfill site near Beirut, having arranged no alternative. Large protests broke out soon afterwards as huge mounds of rotting waste filled the streets and demonstrators chanted “You stink!” at the government.

Friday’s report by the U.S.-based monitoring group underlined how Lebanon has failed to find real solutions to the issue since then. (www.hrw.org/node/311168/)

“The open burning of waste violates Lebanon’s environmental protection laws, which prohibit the emission of pollutants into the air, including harmful or disturbing smells,” HRW said. 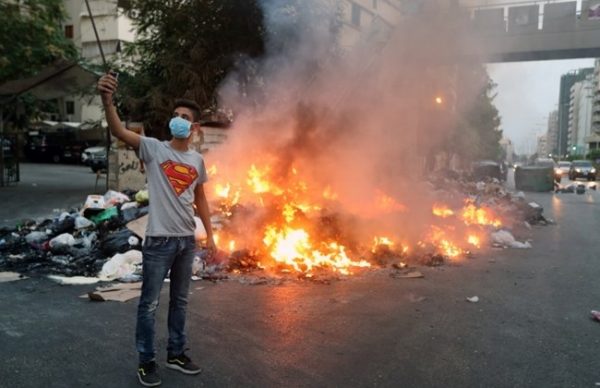 It called on the parliament to pass a law that the cabinet approved in 2012 to create a single body to make uniform national decisions about waste management.

Government ministers have repeatedly said it is illegal to burn rubbish in Lebanon.

The garbage crisis came to symbolize Lebanon’s wider political malaise as a bitterly divided parliament was unable to choose a new president or prime minister, leaving in place a caretaker government unable to take even basic decisions.

That phase of political crisis ended last year when a deal between the rival sides led to the appointment of Michel Aoun as president and Saad al-Hariri as prime minister. But they have not found a long-term solution to the waste crisis.

In 2016, the government established two temporary landfill sites near Beirut, but Human Rights Watch says they are mired in lawsuits and will be full by next year – two years sooner than the government had estimated.

During the seven months before they were opened, garbage was often burned in Beirut and the nearby region of Mount Lebanon.