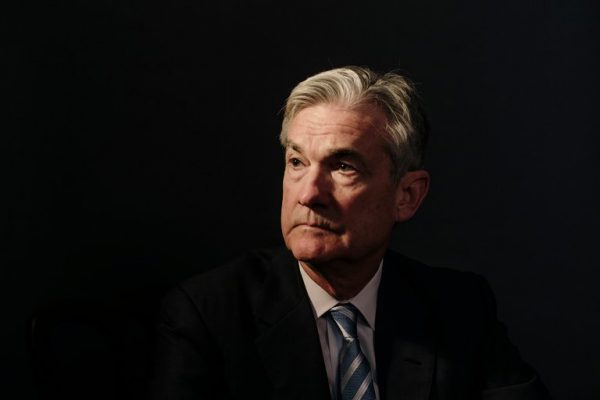 “He’s strong, he’s committed, he’s smart,” Mr. Trump said in the White House Rose Garden, where he introduced Mr. Powell as his choice. Using Mr. Powell’s nickname, the president said, “I am confident that with Jay as a wise steward of the Federal Reserve, it will have the leadership it needs in the years to come.”

Less certain is where Mr. Powell would lead the Fed if the economy falters. Mr. Powell, a member of the Fed’s board of governors since 2012, has consistently voted with Ms. Yellen to slowly raise interest rates and sell off assets that the Fed bought up in the wake of the severe recession of 2008 and 2009. Colleagues consider him a centrist and pragmatist.

But he lacks the deep background in economics of some of his predecessors, and he has expressed skepticism in the past about the unconventional measures that the Fed took after the recession.

Mr. Powell could also depart from the Fed’s current trajectory when it comes to regulating banks and other financial institutions — rules Mr. Trump has said should be loosened.
The nominee offered little hint of his thinking during brief remarks in the Rose Garden. He said the nation’s economy has made “substantial progress toward full recovery” since the financial crisis and that banks are in far better shape. “I will continue to work with my colleagues to ensure that the Federal Reserve remains vigilant and prepared to respond to changes in markets and evolving risks,” he said

Mr. Powell is a Republican with strong roots in the party’s establishment and in the financial industry, a lawyer by training and investment banker by trade. As Fed chair, a position some consider the second most powerful post in government, he would be the voice of an institution that is charged with keeping the economy on track by adjusting interest rates that influence the decisions of millions of Americans.

In replacing Ms. Yellen, Mr. Trump is breaking with precedent. The previous three Fed chairs were reappointed, in each case by a president of the opposite political party.

Mr. Trump said that he respected Ms. Yellen and on Thursday called her “a wonderful woman who has done a terrific job.” In a statement, Ms. Yellen congratulated her chosen successor and said she was “confident in his deep commitment to carrying out the vital public mission of the Federal Reserve.”

The Fed under Ms. Yellen’s leadership has sharply reduced unemployment while maintaining control of inflation, coming as close to achieving its congressional mandate as at any time in its history.

Her prospects to be renominated momentarily lifted making when the president agreed to meet with her on Oct. 19 at the urging of Gary D. Cohn, Mr. Trump’s national economics adviser who himself was once a top candidate.

Mr. Trump came away genuinely impressed with Ms. Yellen, according to a person briefed on the process, but a speech she gave in Jackson Hole, Wyo., in favor of financial regulation damaged her chances given the White House agenda of cutting red tape and freeing up financial firms.

The Federal Reserve has embarked on a path of gradually raising its interest rate from ultralow levels meant to stimulate the economy after the financial crisis. The Fed is expected to raise its benchmark interest rate again in December, likely Ms. Yellen’s final act as chair. Under Mr. Powell’s leadership, the Fed will presumably continue on its projected path of raising its interest rate three more times next year, as well as continuing to pare back its massive balance sheet of Treasury notes and bonds.

Mr. Powell remains a centrist voice in the Fed’s internal debates, arguing for the Fed to end its stimulus campaign at a slow and steady pace. Over the last year, that has placed him solidly among the majority led by Ms. Yellen.

“Our view is Powell is the G.O.P. version of Yellen, with the added kicker of wanting to reduce regulation,” said Tom Porcelli, chief United States economist at RBC Capital Markets.

But some argue that there is more uncertainty surrounding Mr. Powell’s approach than for other recent Fed chairs. Lewis Alexander, chief United States economist at Nomura Securities, said it is unclear how aggressive Mr. Powell would be in responding to an economic slowdown.

“I don’t think it’s right to think of Powell as a Yellen clone,” Mr. Alexander said. “In terms of the core issues of monetary policy, we just don’t have much of a baseline for him.” DealBook delivers the news driving the markets and the conversation. Delivered weekday mornings and afternoons.

Mr. Powell would also be the first Fed chair in four decades who does not have a degree in economics — meaning his opinions may not be as fully formed as some of his predecessors. He also lacks a body of academic work that analysts could parse for his views.

Ms. Yellen’s work on the labor market and former Fed chair Ben Bernanke’s focus on financial crises both gave insight into their leadership at the Fed, said Sarah Binder, a political scientist at George Washington University. But beyond Mr. Powell’s performance as a “loyal lieutenant” to Mr. Bernanke and Ms. Yellen, “we don’t know all that much about any existing priors Powell has about monetary policy,” she said.

As a member of the Fed’s board of governors, Mr. Powell raised concerns in 2013 that the Fed was trying too hard to revive economic growth with its massive bond-buying program — calling into question whether he would be as willing as Mr. Bernanke and Ms. Yellen to use such tools again.

The Fed announced in September 2012 that it would launch a third round of bond buying, purchasing $85 billion a month in Treasuries and mortgage-backed securities until economic conditions improved to its satisfaction. The program was backed by Mr. Bernanke, then Fed chair, and Ms. Yellen, then the vice chairwoman, who argued the Fed had not done enough to reduce unemployment.

A group of three Fed governors, including Mr. Powell, pressed Mr. Bernanke to clarify the Fed’s goals, establishing what Mr. Powell called an “off-ramp” for the program.

Mr. Trump will have the opportunity to reshape the Fed further through appointments in the coming months, which could help consolidate or complicate Mr. Powell’s task of forging consensus. The president has three more open seats on the board of governors, and may have a fourth if Ms. Yellen decides to step down from her position on the board as she departs as chair. One addition may be John Taylor, a Stanford economist who is among the Fed’s most vocal critics, and who was a top choice for Fed chief along with Mr. Powell.

Mr. Powell may diverge from his predecessor on financial regulation. In a June appearance before the Senate Banking Committee, Mr. Powell said that the Fed’s current rules showed opportunities for improvement, although he made clear that he did not fully embrace the Trump administration’s plans for significant reductions in regulation, released a few weeks earlier.

“I see it is a mixed bag,” he said. “There are some ideas in the report that make sense, maybe not as expressed there, but it would enable us to reduce the cost of regulation without affecting safety and soundness.”

But, he continued, “There are some ideas that I would not support.”

Mr. Powell has expressed support for legislation that would require financial regulators to apply cost-benefit analysis to proposed rules. But he pushed back against proposals to allow large banks to borrow more of their funding, saying that requiring large banks to raise capital from investors had strengthened the financial system.

“I happen to think we’ve gotten it about right,” he said.

Mr. Powell, 64, is a Washington native. He studied politics at Princeton University, then earned a law degree from Georgetown University and embarked on a career in investment banking.

In 1990, he returned to Washington to work for Treasury Secretary Nicholas Brady and was named under secretary for finance

When Salomon Brothers was caught in an attempt to manipulate the market in Treasuries, Mr. Powell spent a long August weekend making phone calls from Cape Cod, arranging for the company’s top managers to resign and for Warren Buffett, a major investor, to become chairman of the company’s board.

Under pressure to account for the shortcomings in regulation that had allowed Salomon’s misconduct, Mr. Powell told Congress, “There is no question that it can be improved, and improve it we will.

He attracted the attention of the Obama administration in 2011, when he worked behind the scenes to convince congressional Republicans to raise the debt ceiling. The following year, President Barack Obama nominated Mr. Powell to the Fed. Mr. Powell joined the private equity firm Carlyle Group in 1997. Over the next eight years, he solidified his fortune. His 2016 financial disclosure form showed a net worth of as much as $55 million. In 2005, Mr. Powell left the firm to focus on public policy as a scholar at the Bipartisan Policy Center.