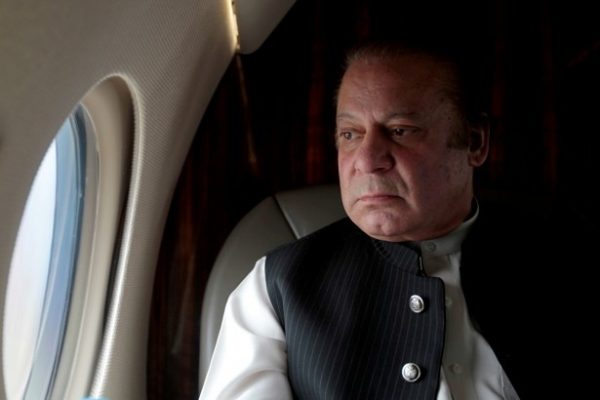 Pakistani Prime Minister Nawaz Sharif resigned Friday, hours after the country’s Supreme Court unanimously ruled to disqualify him from elected office, a move that is likely to spark political uncertainty in the South Asian country that has struggled with democracy for nearly seven decades.

The court ruled Sharif “is not honest … [and] therefore, he is disqualified to be a Member of” parliament,” and, consequently, the Prime Minister of Pakistan. In Pakistan’s parliamentary system, the leader of the largest party in parliament is elected prime minister. Sharif said Friday that despite his “strong” reservations” at the verdict, he would abide by the court’s decision. A spokesman for his Pakistan Muslim League (Nawaz) party said the bloc would use all legal methods to challenge the decision.

The court’s decision was linked to the revelations in the Panama Papers, the documents leaked from Mossack Fonseca, the Panamian law firm, in 2016. The documents alleged that three of Prime Minister Nawaz Sharif’s four children—Maryam Safdar, Hasan Nawaz, and Hussain Nawaz Sharif—used shell companies to buy property in London. Sharif, whose party was democratically elected in 2013, has denied any wrongdoing.

Safdar, his daughter who is known locally as Maryam Nawaz, tweeted:

But the opposition celebrated the court’s verdict and Sharif’s resignation.

Sharif’s resignation means not one of Pakistan’s 18 prime ministers have completed their full five-year term, victims of military coups, corruption, and, even, death. The BBC adds about Friday’s Supreme Court verdict:

The case hearings—spread over nearly 15 months—have been marred by controversy. The case belongs in a criminal court. The Supreme Court, which is an appellate body, initially refused to hear it. But then it not only admitted the petition for hearing, it also took the unusual step of instituting its own investigation into the case, with a dominant role for military intelligence services.

Many believe that while across-the-board action against corruption may remain a pipe dream, this verdict will open the gates of power for a new set of politicians – as has often happened in the past.

Sharif has long been linked to corruption, but the leak of the Panama Papers added a fresh level of scrutiny to his actions and those of his family members. The papers detailed unlisted assets owned by Sharif’s children overseas. Money from those assets was allegedly used to buy property in the U.K. That’s when Maryam Nawaz released a trust deed dated February 2006 that showed that she was merely a trustee of the U.K. properties, and that, in fact, the properties were owned by her brothers. But that documents was later determined to be fake because the font used on it, Calibri, was not commercially available until the following year. With that revelation, Sharif’s political fortunes began quickly unraveling—culminating in Friday’s court decision and his resignation.