Lebanon’s electoral law: A breakthrough ? may be

It appears that Speaker Nabih Berri’s optimism yesterday about a possible  breakthrough over  a deal on an electoral law was for real , but as usual in Lebanon final touches are still required .

According to the deal    the upcoming parliamentary elections will be held under a new law based on proportional representation and based on 15 electoral districts , media reports said on Sunday.

“The only remaining obstacle is the demand to move some Christian seats across some districts,” al-Mustaqbal newspaper said.

Al-Mustaqbal  daily said the last hours witnessed an agreement in principle on the format of the new law.

“The 15-electorate format is making headway ” the daily added. 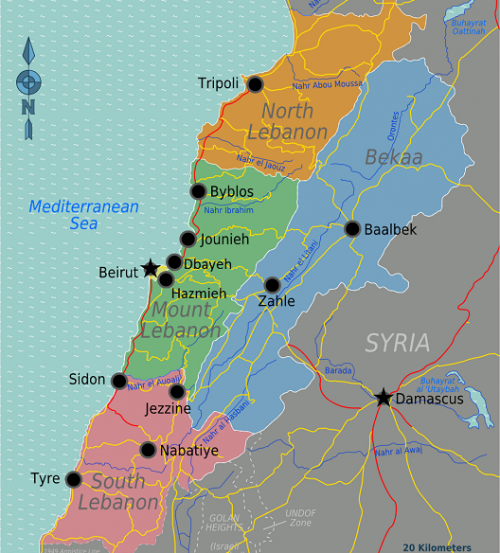 The last elections were held in 2009 , under the so called modified  1960 winner takes all electoral law where lebanon was divided into  26 electoral  districts .

Berri  hailed the major breakthrough that MP George Adwan  managed to create in the electoral law negotiations as a “miracle.”

“ Berri, who remains cautiously optimistic   is still reportedly waiting for Adwan to succeed in clinching a final approval from the Free Patriotic Movement on some details that are still a subject of contention,” his  sources added.

The speaker lauded the fact that Adwan “has avoided the media with the aim of ensuring the success of his initiative and preventing any attempt to foil it,” the sources went on to say.

Adwan’s proposal, which is based on full proportional representation and 15 districts, will not involve any sectarian voting as previously demanded byFPM, the sources added.

Voters’ choice of preferred candidates on the electoral ballots will be counted based on the current 26 administrative districts and not in the 15 electoral districts, the sources added.

But sources close to Berri reported  , he along with , Hezbolah and Prime Minister Saad Hariri have strongly objected against the suggestion.

“This is unacceptable because it would deprive a segment of Christian voters in Tripoli, West Bekaa and Baalbek-Hermel from being represented in parliament,” sources close to Berri told  al-Hayat in remarks published Sunday.

Al-Hayat said the Free Patriotic Movement and the Lebanese Forces believe that moving a Maronite seat from Tripoli to Batroun, another from West Bekaa to Jbeil and another from Baalbek-Hermel to Bsharri would raise Christians’ ability to elect MPs with their own votes to 50 out of 64 seats.

Lebanon parliament consists of 28 seats which are  equally divided between Christians and  Muslims as per the Taif accord , even though Christians now account for less than one third of  the population. Many Christians emigrated during the 1975-1990 civil war.

Sources that are close to Berri quoted him as wondering  “if it is also required to move the Maronite voters in those districts to the areas to where the seats would be moved.”

“These districts enjoy a special status in terms of the need to consolidate Muslim-Christian coexistence in them despite the fact that Muslims are the majority there,” the sources added.

According the the paper  FPM and the LF might settle for moving the Tripoli and West Bekaa seats and leaving the Baalbek-Hermel seat unchanged.