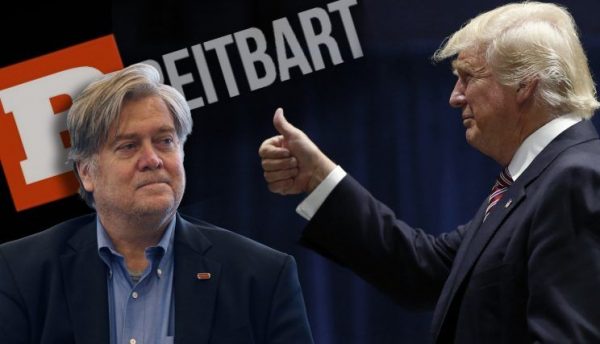 President Donald Trump has repeatedly connected his success to his “good genes ” . He’s said that his children “don’t need adversity” to build character or skills, because they share his good genetics. In an interview once, he went so far as to compare himself to a “racehorse” and discussing his “breeding” at length.

Trump’s chief strategist Steve Bannon shares his disturbing views on ‘genetic superiority’
Last Novemeber New York Times published a profile on Bannon, casting him as a “combative populist.” Buried deep within the profile is an account of Bannon talking about his belief in the “genetic superiority” of certain people and his support for restricting voting rights to only property owners.

Bannon’s musings on voting restrictions are a dog-whistle to white nationalists.

In an executive order issued Saturday, Trump added Bannon to the National Security Council, while limiting the role military and intelligence leaders play on the panel.

Bannon, on the other hand, will be allowed to attend all meetings of the principals committee. That gives Bannon — the former executive chairman of Breitbart, a website that promotes white nationalism — extraordinary influence over U.S. national security policy.

Bannon has a history of anti-Semitic, misogynistic, and bigoted comments, and has openly disparaged Jews and minorities and has called women “dykes.” Both the Klu Klux Klan and the American Nazi Party cheered his appointment to the White House. Bannon also reportedly had a major role in crafting key parts of Trump’s Muslim ban, including the fact that the ban also applies to people with lawful permanent residence.

Former KKK wizard David Duke, for example, has been proclaiming on Twitter that Trump’s election and cabinet picks are the first steps toward “taking America back” — that is, taking America “back” from anyone who isn’t descended from fair-skinned Europeans. In white nationalist ideology, only white Americans have a true right to the country — and the rights that go along with citizenship, like voting.