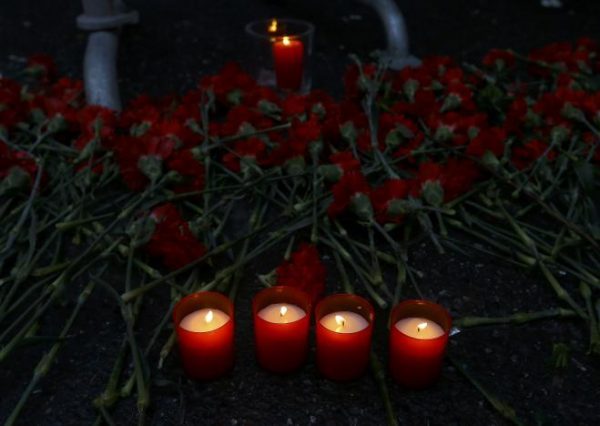 Flowers are placed near the entrance of Reina nightclub by the Bosphorus, which was attacked by a gunman, in Istanbul, Turkey, January 1, 2017. REUTERS/Huseyin Aldemir
Share:
Two Chinese nationals of Uighur origin were arrested on Friday for suspected links to the mass shooting in an Istanbul night club on New Year’s Eve, state-run Anadolu agency said.

Two suspects, Omar Asim and Abuliezi Abuduhamiti, who are Chinese citizens, were remanded in custody on charges of being members of an armed terrorist organization, and aiding in 39 counts of murder.

Turkish authorities last week said the man who killed 39 people in an attack on an Istanbul nightclub was probably an ethnic Uighur.

Islamic State has claimed responsibility for the attack, saying it was revenge for Turkish military involvement in Syria.

Anadolu news agency also said 35 people had been detained so far in relation to the attack. Uighurs were among those detained, local media reports said.

The Uighurs are a largely Muslim, Turkic-speaking minority in far western China with significant diaspora communities across Central Asia and Turkey.

The suspect, who authorities have not named, shot his way into exclusive Istanbul nightclub Reina and opened fire with an automatic rifle, throwing stun grenades to allow himself to reload and shooting the wounded on the ground.

Among those killed in the attack were Turks and visitors from Lebanon and several Arab nations, India and Canada.