Interethnic coalition takes on the IS group in Syria 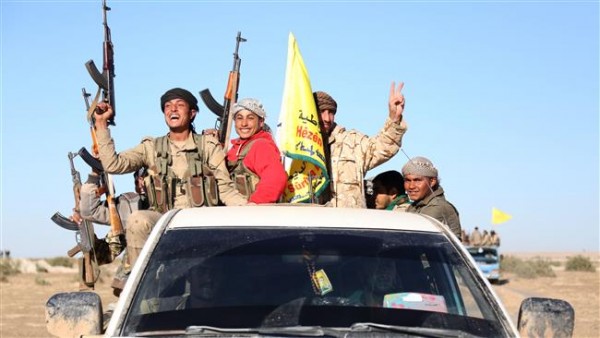 Syrian Democratic Forces (SDF) fighters
Share:
FRANCE 24 brings you a rare documentary filmed inside Syria. Our reporters gained exclusive access to the Syrian Democratic Forces, a coalition of Kurdish and Arab militias, as they continue to battle to recapture cities and territories from the Islamic State group.

For two years the strategic town of Shaddadi, in northeastern Syria, was a stronghold of the Islamic State (IS) group jihadists. In February, 5,000 fighters from the Syrian Democratic Forces (SDF), a coalition of Kurdish and Arab militias, encircled the city and battled the terrorists for 10 days. It took fierce fighting, supported by air strikes from the US-led coalition, and was slow progress until finally the SDF retook Shaddadi on February 19, liberating its residents from the yoke of the jihadists.

The civilians who had not fled Shaddadi greeted the SDF troops with relief and recounted the horror of their lives under the Islamists’ reign of terror. The bodies of terrorists littered the ground, but so did those of civilians killed by air strikes.

Village by village, the SDF Coalition made up of Kurdish, Arab, Armenian, Assyrian, Chechen, Turkmen and Circassian fighters is determined to expand the territories it controls. A key ally of the West, its aim now is to influence Syria’s destiny.

FRANCE 24 reporters Romeo Langlois, Mayssa Awad and Mohammed Hassan were able to gain exclusive access to the fighters of this interethnic coalition that is taking on the IS group “caliphate”. They witnessed firsthand the battle to take back the town of Shaddadi. This is their extraordinary 35-minute documentary.