Saudi envoy: We are seriously dealing with assassination threats 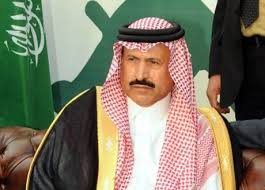 Saudi Ambassador to Lebanon Ali Awadh Asiri revealed  that the Saudi  embassy in Lebanon is coordinating with Lebanese security agencies to “determine the seriousness” of the recent allegations of assassination threats.

In an interview with Saudi Okaz newspaper on Sunday he said : “Threats against me, any member of the diplomatic mission, or Saudi expatriates are taken seriously.”

He added that all members of the mission are carrying out their duties in a normal manner, saying that the Lebanese security authorities have bolstered the security measures at the Saudi embassy in Beirut.

The mission members have been offered additional protection near their residences, Asiri revealed.

British media reports revealed  earlier this week that the ambassadors of Saudi Arabia and Qatar may be the target of assassinations in order to create sedition.

Interior Minister Nouhad al-Mashnouq stressed Saturday that the government will provide the necessary security for the ambassadors and their embassies in light of reports.

In a televised appearance on Saturday marking the end of the annual Ashura mourning Hezbollah leader Hassan Nasrallah attacked the Saudi leaders and his supporters chanted “Death to the Saud family” in a sign of deepening hostility towards the  kingdom.

“Don’t wait for Iranian-Saudi dialogue. Matters in the region are getting more complicated,” he said.