Lebanon’s banks to reopen on Monday 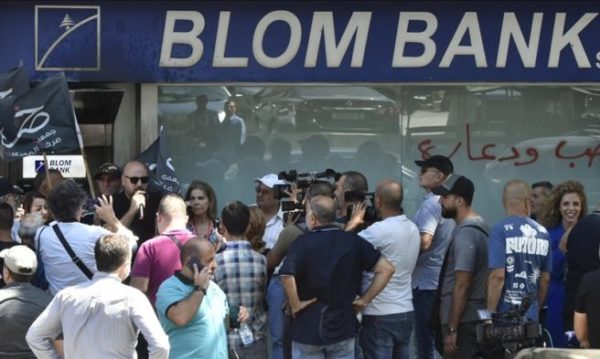 The Association of Banks in Lebanon announced on September 25 the closure of all banks across Lebanon for three days after a series of depositors’ hold-ups demanding withdrawal of their own savings. After the banks reopened you could only enter by appointment only
Share:

Beirut – Lebanon’s banks will reopen on Monday, the banking association said, after five days of closure following a wave of holdups in the country by depositors seeking access to their frozen savings.

The association said in a statement on Sunday that the decision to reopen “was taken after consideration of the current difficult security conditions and the need to maintain the safety of customers and employees alike, in the absence of adequate protection by the state”.

It added each bank would determine its own channels for banking operations with commercial and educational institutions, and the health care sector amongst others.

A top Lebanese banker on Friday criticised politicians for failing to enact a capital control law, saying this was the way to avoid bank raids by savers demanding funds from frozen accounts and to stop banks’ “discretionary practices”.

The government has agreed neither a financial recovery plan nor enacted reforms deemed vital to get Lebanon out of the crisis. While the government says it is committed to reforms, the International Monetary Fund says progress remains very slow.