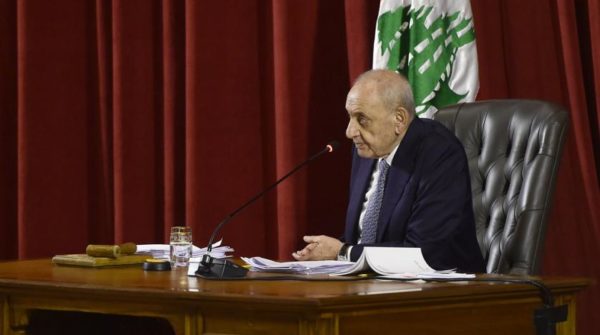 Parliament Speaker Nabih Berri said on Thursday that calling for a presidential vote session without at least “some consensus” over who will b e he next president would be an “adventure.”

“This is my jurisdiction and when I assess that there is some sort of consensus, I will call for a session,” Berri said when asked by MP Paula Yacoubian about setting a session to elect a new president.

“It would be an adventure to enter parliament without the presence of consensus but rather a rift, that’s why patience is needed on this issue, and I’m seeking some consensus, not unanimity,” Berri added.

According to analysts, consensus may be very difficult to achieve as far as the presidential election is concerned because Lebanon is divided right in the middle , between those who support Hezbollah and those against it . Speaker Berri of course is a key Hezbollah ally .