Number of murders and suicides surges in Lebanon : Data 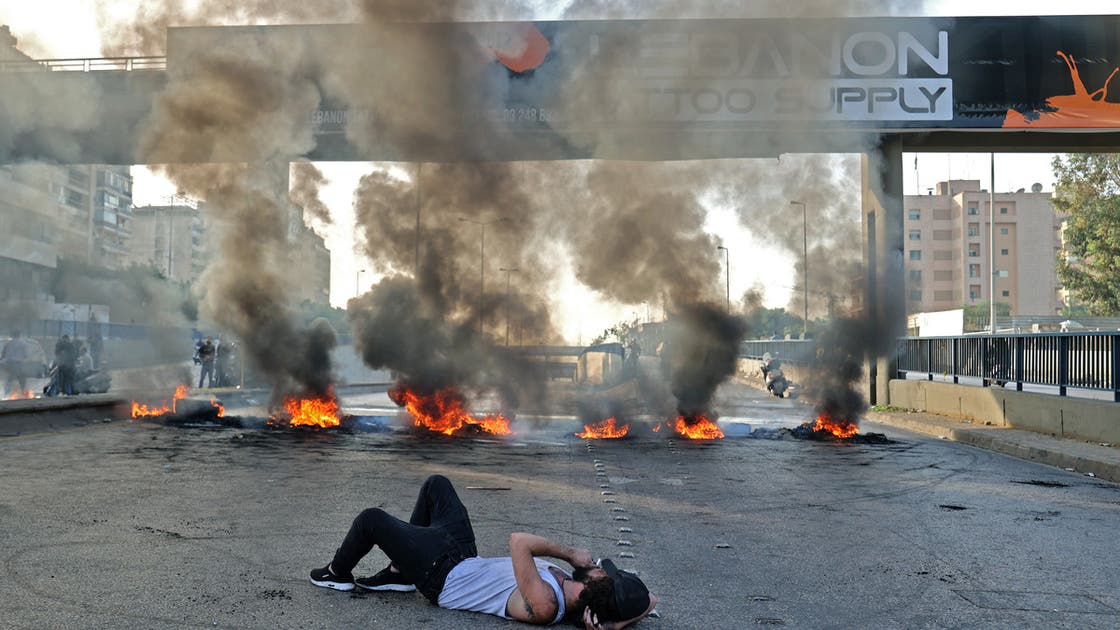 A Lebanese protester lies on a street blocked with burning tyres during a protest in the capital Beirut on November 29, 2021, as the country struggles with a deep economic crisis. (File photo: AFP)
Share:

Lebanon has seen an 18 percent increase in murders and almost an 8 percent surge in suicides in 2022 so far, compared to the same period last year, according to new data.

Beirut-based research center Information International conducted a study based on reports from the General-Directorate of the Internal Security Forces which was published on Wednesday, revealing the surge in murders and suicides in the Levant country.

However, the report also showed a decrease in theft incidents, recording a 6.5 percent decrease and a decline in car thefts by around 6 percent.

The research firm added that murder cases rose by at least 68 percent and suicides by at least 42 percent last month, compared to July 2021.

Lebanon was rated the angriest country in the world by US company Gallup which analyzed emotions in over 100 countries for its Global Emotions Report. It found that nearly half of the survey respondents in Lebanon experienced anger regularly, including on the day before they took part in the survey.

The Levant country also ranked among the saddest and most stressed countries in the Gallup report.

Lebanon-based non-government organizations ABAAD and KAFA told Al Arabiya English last month that they noticed an increase in gender-based violence throughout the country.

KAFA told Al Arabiya English in an email last month that violent incidents against women worsened since the beginning of the COVID-19 lockdown. Following the onset of the pandemic, the Beirut Port Blast in 2020 compounded multiple crises facing Lebanese society, leading to a COVID-spurred economic meltdown, severe currency devaluation, layoffs, and mass migration, all while the government offered no support to mitigate these issues.

One of the most recent publicized acts of violence against women in Lebanon was reported last week when a pregnant woman, Hanaa al-Khidr, 21, was allegedly burned alive by her husband for refusing to have an abortion, according to several local media reports. She miscarried and died of her injuries.