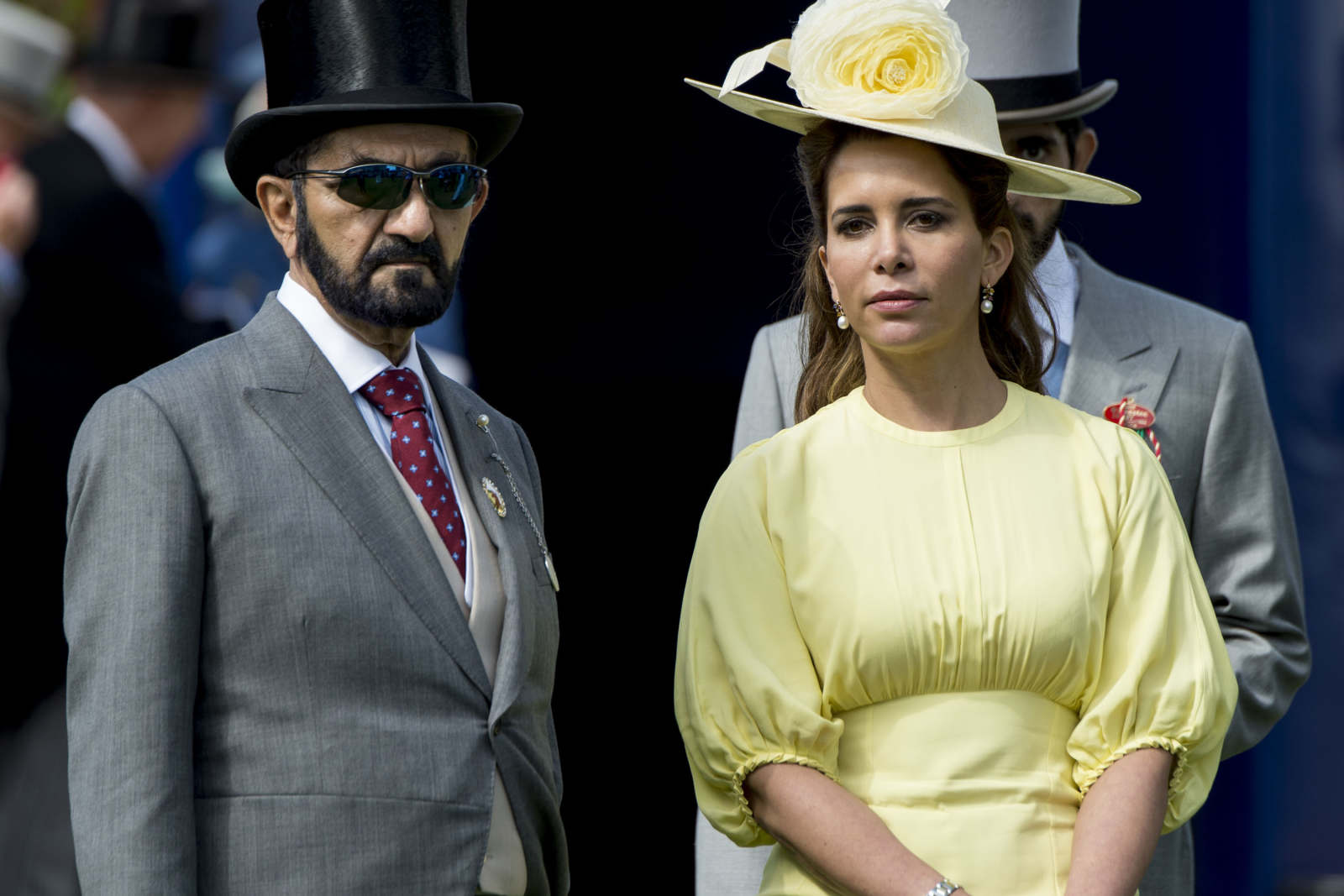 From buying racehorses on a whim to owning a roomful of jewellery, the London custody battle between Dubai’s ruler and his ex-wife has shone a light on the opulent lifestyle of ultra rich Middle Eastern royalty.

A ruling published late on Tuesday by a judge at the High Court detailed an order to Sheikh Mohammed bin Rashid al-Maktoum to provide £554  the equivalent of US $728 to settle a long-running custody battle with his ex-wife, Jordan’s Princess Haya, over their two children.

Here are details of some of the evidence about their lifestyles from Haya, their legal teams and from the judge’s ruling.

During the hearings, Haya was questioned about £6.7 million in payments she had made to four unnamed members of her security team, who had threatened to expose an affair she was having with one of her bodyguards, and why she had used money from the children’s bank accounts.

“I was very frightened,” Haya said when asked why she had used money from the children’s accounts to pay them off. “I was scared and that was the money that was available in that amount.”

The first payment to a member of her security team was for £1.12 million, before two other members of the team blackmailed her for more than £4m. Finally, a fourth man was paid £1.2 million, the sheikh’s lawyer, Nigel Dyer, said.

“I realise I have not heard from the alleged blackmailers but nobody should be blackmailed and [Haya] must have been very frightened at this point,” judge Philip Moor said in his ruling.

“I have already recognised that it would have been better if [she] had used her own funds to deal with the blackmailers, but I accept that she was in a very difficult position indeed. She would have been desperate for [Mohammed] not to find out.”

London residence: Haya bought her mansion in west London near Kensington Palace, home to Britain’s Prince William and his wife, in 2016 for £87.5 million. It is now worth about £100 million.

The princess asked for £1 million a year towards a 10-year refurbishment, and for the sheikh to cover the costs of five housekeepers and a handyman, as well as a £223,000 a year contract with a property maintenance company.

She also wanted £900,000 a year for wear and tear of the property – such as new curtains, carpets and replacement furniture, and £100,000 to cover cleaning products, dry cleaning and appliances.

“We always kept it to a very high standard and that is the amount of people needed to keep it as it is now,” Haya said.

Castlewood: The princess also requested large sums for the upkeep of her Castlewood mansion in Berkshire, west of London, which had been left to her by her father, the late King Hussein of Jordan.

She wanted £770,000 a year for maintenance, and the costs of two estate managers and three housekeepers. Over 10 years, that meant spending £7.7 million pounds on a house worth only £4.5 million, Dyer said.

“If I wanted a horse, I bought one,” Haya told the court in testimony about finances before her divorce.

During the custody battle, Haya claimed that more than 400 racehorses had run in her name, including the Epsom Derby winner New Approach, and she or her children remained the registered owners and sought £75 million in compensation for those that still belonged to her.

The sheikh, one of the world’s most influential horse owners and breeders, who with his brother set up the Godolphin horse racing stable, said the horses had run in her colours but belonged to Godolphin.

In a statement to the court, Mohammed said Haya had never received any winnings from her horses. She said a £15 million-sum she had been paid by him in March 2018 after the Dubai World Cup was prize money, while he said it was for doing a good job of organising his guests.

“He said it’s my money, these are my horses you are my wife and you should have it,” Haya said. “It was an incredibly generous thing for Sheikh Mohammed to do.”

The judge ruled in his favour saying “it is obvious that the horses were part of Godolphin” because the stable paid for their upkeep and kept the winnings and stud fees, and agreed the £15 million was a gift.

During her marriage, the family spent £631,000 on one summer vacation in Italy and on another occasion the bill for a hotel in Greece was £274,000, Moor said in his ruling.

Moor said he had to decide “what is reasonable whilst remembering that the exceptional wealth and remarkable standard of living enjoyed by these children during the marriage takes this case entirely out of the ordinary”.

Haya, who said her ex-husband had been very generous to her during their marriage, asked for £52 million as compensation for what she claimed were missing clothes and jewellery.

She said her collection of haute couture was worth about €74 million, and only the most basic items had been returned to her after she fled to Britain.

Haya said most of her jewellery, including diamonds, pearls, sapphires, and emeralds had been left in a palace in Dubai and subsequently disappeared. One diamond set alone including a necklace, ring and earrings was worth one million pounds.

“If you put all the pieces in that room spread across this courtroom, it would be full,” Haya said. “I was spoiled with wonderful gifts which I enjoyed very, very much at the time.”

The judge was shown a 23-minute video of a walk-in safe being opened in a Dubai palace where her jewellery was kept, and he said what was left seemed “pretty standard fare”.

He awarded her £13.7 million for missing jewellery and the “relatively modest sum” of £1 million for lost clothes.

Haya had funded an unsuccessful campaign by her brother, Prince Ali, to become president of FIFA in 2016 with the blessing of her ex-husband, the sheikh’s lawyer told the court.

He also said Haya had paid $5 million in October 2019 to her brother for the 10-year cost of maintaining his home in Jordan, Baraka Palace, and had provided him with £400,000 a year in financial support during the marriage, with the sheikh’s agreement.

“Sheikh Mohammed was very kind to members of my family,” she said, adding she did not want Ali to be suddenly cut off nor her children to feel obliged to continue making the payments if something were to happen to her.