Lebanon’s collapse is imminent. Won’t get a bailout — but a will to reform could lead to substantial aid: U.S. 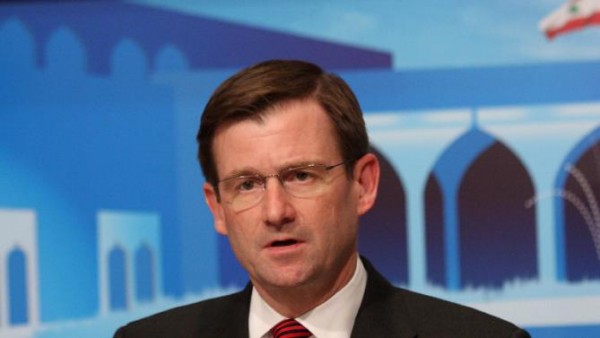 Lebanon’s economic situation is facing “immediate catastrophe,” according to a top U.S. diplomat, who said the country’s leaders need to demonstrate the will to reform before any external assistance can take place.

David Hale, who most recently served as the undersecretary of state for political affairs and is now on detail from the State Department at policy institute the Wilson Center, said that Lebanon’s collapse is imminent.

“There’s not going to be any international bailout, but there will be substantial assistance for a reform program,” Hale told CNBC’s Hadley Gamble Wednesday.

Three-time premier Saad Hariri, nominated in October as prime minister-designate, has failed to form a new government which would enact the reforms needed to unlock crucial international aid.

Caretaker Prime Minister Hassan Diab resigned in the aftermath of the Aug. 4 Beirut explosion. He now governs with limited authority.

“The key to opening the door is in the hands of Lebanese leaders, they have to demonstrate to us that they have the will and the capacity to take the reforms needed so that any international financing will not be wasted, as it has been in the past,” Hale said, adding that the Lebanese should not expect “external salvation.”

The French government has begun to impose entry restrictions on Lebanese officials who are hampering political progress. Lebanon’s former economic minister, Nasser Saidi, told CNBC this week that the only language Lebanese politicians will understand is “personal sanctions on their own assets”

The U.S. Treasury has also sanctioned Lebanese officials with ties to Hezbollah. Hezbollah, which operates as both a political party and paramilitary group and is designated by the U.S. as a terrorist organization, made record gains during Lebanon’s elections in May 2018. It’s widely regarded as the most powerful political group in Lebanon.

Since its inception, the Iranian-backed group has focused on driving out Israeli and Western influence in the Middle East.

The World Bank said earlier this month that Lebanon’s financial and economic crisis is likely to rank in the top three most severe crises globally since the mid-19th century.

The Lebanese pound hit fresh lows over the weekend, the black market rate trading at 18,000 lira to one U.S. dollar. The currency has lost over 90% of its value since 2019.

Over half the country’s population is living below the poverty line, and many aid organizations, once focused on the country’s 1.5 million Syrian refugees, have shifted their resources to assist Lebanon’s local impoverished population.

A fuel crisis has pushed much of Lebanon into darkness, cutting back the hours that generators can supply backup electricity.

The country’s chronic electricity shortage is nothing new, but the fuel shortage, linked to Lebanon’s inability to pay its debts, has deepened the country’s woes. The government hiked fuel prices more than 30% this week in an effort to ease the crisis.

Former President Donald Trump’s maximum pressure campaign aimed to significantly disrupt fund flows from Iran to Hezbollah. As incumbent Joe Biden aims to rejoin the Iran nuclear deal (known as the Joint Comprehensive Plan of Action) and lift sanctions on the Islamic republic, more cash is expected to trickle down to Iran’s proxies.

State Department estimates from 2019 put Iran’s cash flow to the group at $700 million per year before 2018.

“Hezbollah had the resources they needed before JCPOA, during and after. It is an incredibly resilient organization,” Hale told CNBC.

Lapid’s comments came just a day after the leaders of Hezbollah and Hamas met in Lebanon’s capital of Beirut on Tuesday to discuss Gaza.