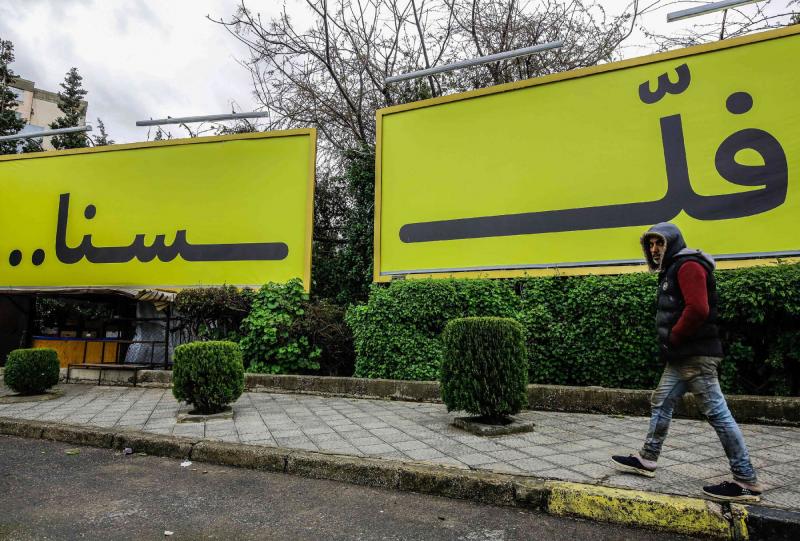 No options. A man walks past a banner that reads “We’re bankrupt” in the northern Lebanese port city of Tripoli, March 18. (AFP)
Share:

Months ago, before the first confirmed case of coronavirus infection in Lebanon, and the subsequent measures such as public mobilization and quarantine, Lebanese importers and traders were warning of possible food shortages in local markets due to the dollar crisis.

These threats became more imminent in light of the complete closure imposed by some of the most virus-stricken countries and suppliers to Lebanon.

In remarks to Asharq Al-Awsat, Hani Bohsali, the head of food importers, confirmed the presence of a worsening problem in the import of food products but ruled out “reaching a disastrous situation represented by the depletion of basic products from the Lebanese market.”

He explained: “The import chain is faltering because of coronavirus. There are many obstacles facing the importers, including the decision of some countries to reduce their exports in order to serve their domestic market, the halting or decrease of production in some factories in affected countries due to precautionary measures, delay of shipments due to restriction of movement, and the fact that ports in Lebanon are operating half-time in line with the general mobilization decision.”

He asserted that many basic foods, such as cereals, rice, milk, and oils were available in quantities sufficient for up to two months in case import stops.

“But the import has not stopped and will not, but it faces difficulties,” he stressed.

Bohsali noted that Lebanon imports 80 percent of its food products, and this will have repercussions “as long as coronavirus in the US and Europe is on the rise, and as long as the number of cases increases.”

When talking about the possibility of food depletion, traders and importers confirm that the dollar crisis was more dangerous than the virus. Importers, especially in light of the pandemic, need foreign currency more than ever to reserve their share of products.

Nabil Fahd, the head of supermarket owners’ association, expressed fears that some basic food products were running out because 20 percent of food produced locally needed raw materials imported from abroad.

“If the (coronavirus) crisis continues, we will reach a stage in which some items will be depleted, especially those that are fully or partially manufactured, such as canned food, biscuits, and chocolate, but not basic food,” he underlined.