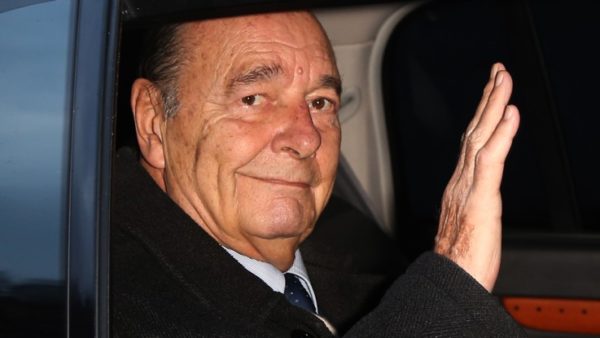 Flags will be flown at half-mast to honour a “friend of Lebanon”, according to a statement by Hariri published by state-run National News Agency.

The former French leader had strong links with Lebanon and its former premier, the billionaire Rafiq Hariri, who was assassinated in Beirut in 2005.

Saad Hariri said Thursday he felt the same sadness at Chirac’s death as “when I lost my father.”

Chirac played a key role in the creation of a special tribunal to investigate the killing of Rafiq Hariri and other Lebanese opponents of the Syrian regime.

Chirac was a towering figure in French politics for more than 40 years. From mayor of Paris to the Élysée Palace.

Chirac was born in Paris in 1932, but it was in his ancestral home of Corrèze that he launched his political career, being elected to the French parliament as deputy for the region in 1967.

Modelling himself on Charles de Gaulle and with then president Georges Pompidou as his mentor, he quickly rose through the ranks and was handed a series of key posts in Pompidou’s government, before being nominated as prime minister under Valéry Giscard d’Estaing

In 1977 he was elected mayor of the French capital Paris, a post he would hold for 18 years, before returning to national government for a second stint as prime minister under François Mitterrand.

Finally, in 1995, he realized his political ambitions as he was elected president of France for the first time, defeating socialist Lionel Jospin. He was reelected seven years later in a vote remembered for far-right leader Jean-Marie Le Pen’s triumph in the first round of voting.

Many leftist voters rallied behind Chirac to keep Le Pen out of the Élysée and in the end he won the second round with 82 percent of the vote.

But Chirac’s second term proved a turbulent one, with the president facing mounting problems including growing unemployment and rioting in the suburbs. Dealing with health problems, Chirac decided not to seek a third term.

His later years were marred by scandal and legal troubles, with Chirac finally receiving a two-year suspended prison sentence for corruption charges relating to his time as Paris mayor.

Nevertheless, often charismatic and charming, Chirac is still remembered fondly by many in the world  and will always be a major figure in French  political history.