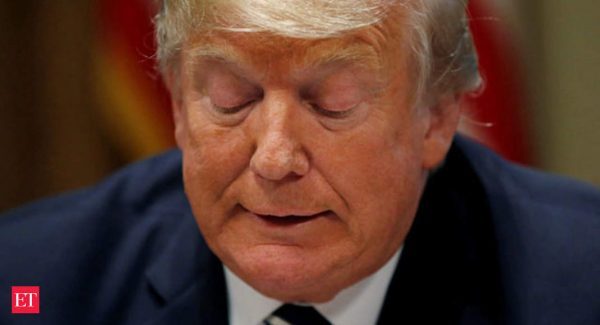 The survey found a 5 percentage point increase in Trump’s disapproval from last month. The only time his disapproval rating was higher, according to Fox News, was when it reached 57 percent in October 2017.

Forty-three percent of respondents said they approve of Trump’s job performance, down from 46 percent last month. The record low for Trump approval in Fox News’s polling is 38 percent, also from October of 2017.

ADVERTISEMENTTrump has the disapproval of a record number of men, at 53 percent, white men, 46 percent, and independents, 64 percent, according to the survey.

Researchers surveyed 1,013 registered voters nationwide from Aug. 11 to 13. The results have a margin of error of plus or minus 3 percentage points.

The poll comes at a tense political moment following two mass shootings earlier this month, one of which appears to have been racially motivated.

Approval for Trump’s response to the incidents is just 37 percent, and 46 percent said they believe his administration has made the country less safe from mass shootings.

Fifty-nine percent of voters in the poll say they are unhappy with the way things are going in the country.

The same proportion say the president is “tearing the country apart,” compared to only 31 percent who say he is “drawing the country together.” Two years ago, those numbers stood at 56 percent and 33 percent, respectively.