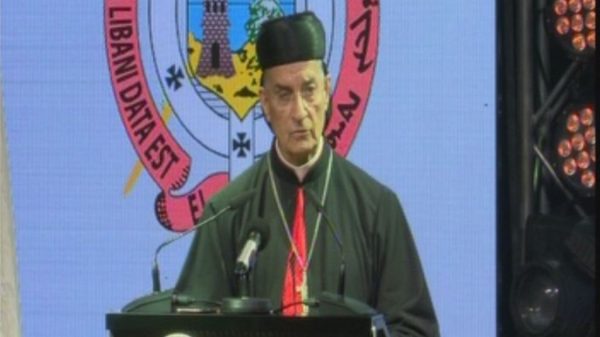 Maronite Patriarch Bechara Rai said on Friday that the “Lebanese identity is under threat due to the new political situation which violates the Constitution and introduces norms and practices that gradually change Lebanon’s political and social face. ”

“Violations of the Constitution and introducing new norms are slowly dispeling Lebanon’s image and driving the Lebanese, especially young Christians, to emigrate. Meanwhile, two million displaced and refugees from Syria and Palestine are instituted in Lebanon by a destructive international policy, ” he added.

“Unfortunately, the responsible political group in our state does not pay attention to our youth, but rather closes the horizons of their aspirations and opens the doors wide for emigration. Around 40% of our youth are unemployed,” said the Patriarch.

“Do political officials realize that a nation without educated young people has no future?” Rai asked.