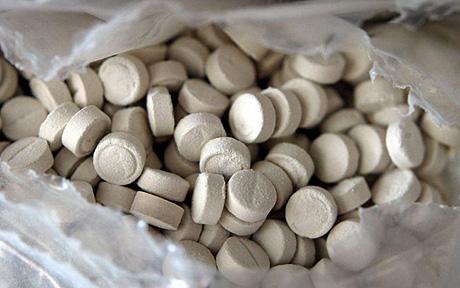 Lebanon has arrested a Saudi man at Beirut airport carrying about 10 kilograms of the amphetamine-like drug captagon, said authorities cited in local media. “The airport’s security service, in coordination with the army intelligence directorate, arrested… Saudi citizen H. al-Ruwayli as he was leaving the airport with about 10 kilos of captagon,” the NNA state news agency said. Captagon is an amphetamine manufactured in Lebanon and probably also in Syria and Iraq, mainly for consumption in Saudi Arabia, according to the French Observatory for Drugs and Drug Addiction (OF

Lebanese Forces leader Samir Geagea stressed  on Saturday  during an interview with the Anadolu news agency that no one can impose a refugee resettlement in Lebanon as part of a US “peace” plan for the Middle East.The so called ‘Deal of the Century’, was born dead before it’s declaration. No one can pressure Lebanon into a refugee resettlement because it is a matter of  sovereignty for the Lebanese state ,” said

Similarly , Lebanese Foreign Minister Gebran Bassil on Saturday stressed the need to work for the return of “Palestinian” and Syrian refugees residing in Lebanon to their countries of origin.

Speaking at an Iftar meal at the conclusion of the daily Ramadan fast, Bassil said that Lebanon is determined to thwart any plan aimed at naturalizing the “Palestinian” and Syrian refugees in its territory.

“The danger of resettlement has expanded today and there is a clear desire that they remain in our country, while our duty is to return them to their country after the difficult period passes,” added Bassil.

Lebanon’s Hezbollah chief  Hassan Nasrallah cautioned Saturday that a long-delayed US peace plan could see Palestinian refugees and their descendants permanently settled in host countries across the region.

Speaking days after the US announced a June conference in Bahrain to lay out economic aspects of its long-awaited Israeli-Palestinian peace plan,  Nasrallah warned of an “ominous deal aimed at eliminating the Palestinian cause.”