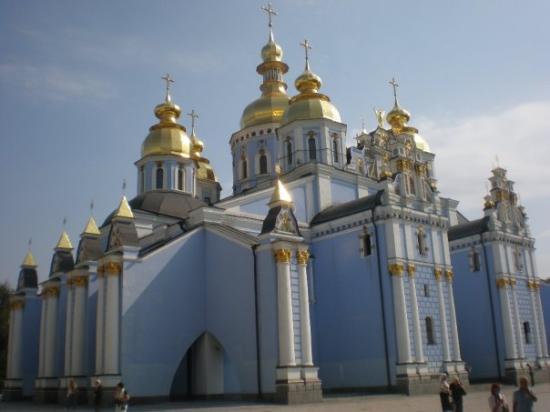 Police and security services also searched the homes of priests who have declared their allegiance to the Russian branch of the Orthodox church, regional police spokeswoman Alla Vashchenko told AFP.

The Ukrainian Orthodox Church was recently granted independence from Moscow in a controversial ruling that prompted cheers from Kiev but anger in Moscow.

The neighbours have also clashed in recent days after Russia seized Ukrainian ships and sailors in the Sea of Azov in their first open military confrontation since Moscow’s annexation of Crimea in 2014.

The raids on the churches in northern Ukraine were part of a probe into the possible violation of a law on equality of religious belief, the spokeswoman said.

“Nobody has been arrested,” Vashchenko added.

“They were ordered to seize everything to do with our church,” said Metropolitan Vissarion, an official from the Moscow-aligned Orthodox Church in the Zhytomyr region.

However the officers were “gentle” and tolerant, he told AFP.

The raids come three days after a similar search on the residence of Metropolitan Pavlo, who is also aligned with Moscow and oversees a major Kiev monastery.

The Orthodox church in Ukraine is divided between two main branches, one of which pledges loyalty to Moscow and one overseen by the Kiev-based Patriarch Filaret that Moscow does not recognise.

In a historic decision in October, Ecumenical Patriarch Bartholomew I, considered the spiritual leader of Orthodox Christians worldwide, agreed to recognise the Ukrainian Church’s independence from Moscow.

The decision was a huge blow to Moscow’s spiritual authority in the Orthodox world.

The Russian Church announced it would break ties with the Constantinople Patriarchate in protest.

The Russian Orthodox Church has repeatedly voiced fears that Ukraine will use legal moves or even use force to take control of the churches and monasteries that it currently controls.

Some priests have told their parishioners to be ready to defend them.