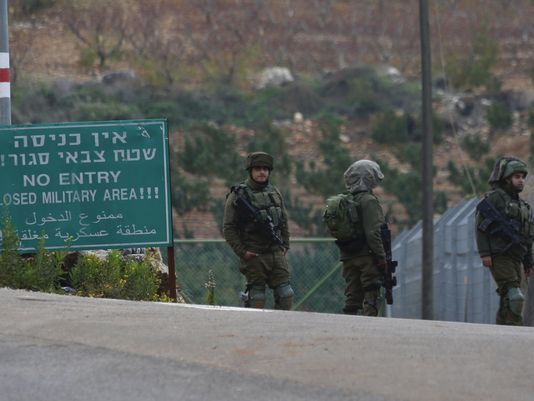 Israel has launched an operation along its northern border with Lebanon to “expose and thwart cross border tunnels” which it says have been dug by Hezbollah, the Israeli army said on Tuesday.

Hours after announcing the operation, Israel’s military said it had begun work to neutralize such a tunnel near the Israeli town of Metula, which sits right along the border. The military said the tunnel began in a civilian house in the Lebanese village of Kafr Kela, immediately west of Metula.
CNN crews witnessed excavators and heavy machinery operating on the Israeli side of the border wall between the two locations.
The tunnel entered Israeli territory, the military said, but it did not pose an immediate threat to Israeli civilians.
Its cross-sectional dimensions were two meters by two meters, IDF Spokesman Lt. Col. Jonathan Conricus said in a conference call with reporters, making it taller and wider than tunnels dug by Hamas under the Israel-Gaza border. The tunnel’s length was estimated to be 200 meters long, Conricus said.
“This is the first of what are sure to be many cross-border attack tunnels dug from Lebanon by Hezbollah into Israel,” Conricus added.
Prime Minister Benjamin Netanyahu in a statement called the tunnels a “gross violation of Israeli sovereignty and of United Nations Security Council Resolution 1701,” a reference to the resolution that ended the last war between Israel and Hezbollah, the Iran-funded militant group and political party, in 2006.
A statement from the Foreign Ministry, which is led by Netanyahu, said it held the Lebanese government responsible for all activities conducted inside Lebanese territory.
Netanyahu said he had discussed Operation Northern Shield with U.S. Secretary of State Mike Pompeo, saying, “there is a need to end Iranian aggression in Syria, in Iraq, in Lebanon, and in other places.”
He added, “Whoever tries to harm the state of Israel will pay a heavy price.”
The Israeli military says that “Northern Shield” is part of a bigger defense effort intended to secure Israel’s border. in the past few years, Israel has built a defense wall along sensitive portions of the border, created cliffs, and cleared vegetation.
Netanyahu has often targeted Hezbollah in recent speeches, including at the United Nations General Assembly in September, when he accused Hezbollah of placing missile facilities near residential neighborhoods in the Lebanese capital Beirut, a charge Hezbollah and the Lebanese government denied.
A senior Hezbollah official told CNN that the group was “surprised” by the operation, adding that they had observed Israeli movements on the other side of the border, with Israeli forces using dogs and sensors in what appeared to be an attempt to search for tunnels.
“They’re worried we’re digging tunnels,” the official said, without confirming or denying whether they were.
Hezbollah-owned Al Manar TV proceeded with regular programming, even airing a report about traffic problems in Lebanon while news of Israel’s operation broke.
A spokesman for the Israeli Foreign Ministry said the operations were taking place inside Israeli sovereign territory.
Residents in northern Israel have been told they do not need to take precautions, but can get on with their daily lives. A number of areas adjacent to the northern Israel security fence have been declared “closed military zones.”
US National Security Advisor John Bolton said he supported the Israeli operation and criticized what he described as Iran’s “regional aggression.”

“The US strongly supports Israel’s efforts to defend its sovereignty, and we call on Hezbollah to stop its tunneling into Israel and to refrain from escalation and violence,” Bolton said Tuesday. “More broadly, we call on Iran and all of its agents to stop their regional aggression and provocation, which pose an unacceptable threat to Israeli and regional security.”

The United Nations peacekeeping mission in south Lebanon, UNIFIL, told CNN it was “aware of the reports.”
“UNIFIL is liaising with all relevant interlocutors to ensure that the parties use the UNIFIL liaison and coordination mechanisms to maintain the continued calm and stability. The situation in UNIFIL’s area of operation remains calm,” said UNIFIL spokesperson Malene Jensen.
Lebanon’s army said it was monitoring the situation. “There is nothing going on our side … we are monitoring the situation and working with UNIFIL,” Lebanese army spokesperson Colonel Fadi Abou Eid told CNN.

President Michel Aoun on Tuesday called on Lebanon’s military and security agencies to “closely monitor” the situation in south Lebanon, after Israel launched its operation against alleged Hezbollah tunnels on its side of the border.

“During President Aoun’s phone calls, the situation was evaluated in light of the available information about the objectives of the Israeli operation and security agencies were asked to closely monitor the situation,” NNA added.