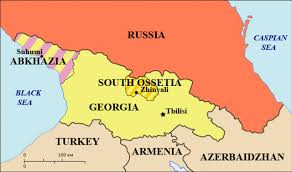 Polish Foreign Minister Jacek Czaputowicz on Monday condemned Russia’s “occupation” of a part of Georgia ahead of the 10th anniversary of Moscow’s lightning war with Tbilisi.

“Standing alongside Georgian authorities, we want to remind the world what happened in August 2008: the violation of Georgia’s independence, the tragedy of thousands of families chased out of their houses, hundreds of people dead and wounded,” Czaputowicz told reporters in Warsaw.

“We want to recall the first military aggression, in Europe’s post-war history, by a country against a sovereign state and the occupation of its territory that continues to this day.”

Czaputowicz was expected to leave for Tbilisi with his Latvian and Lithuanian counterparts for Tuesday’s ceremonies, which will also be attended by Ukrainian Deputy Prime Minister Pavlo Rozenko.

In the summer of 2008, Georgian forces launched an offensive against separatists in South Ossetia, a small pro-Russian region on the border of the two countries.

Russia swiftly responded with a military operation in defence of the separatists and rapidly overwhelmed the Georgian forces, even threatening to take Tbilisi during the five-day war.

A peace treaty was eventually hammered out by then-French President Nicolas Sarkozy that led to the withdrawal of Russian forces.

But Moscow recognised as independent the breakaway regions of South Ossetia and Abkhazia, where it has stationed a large military presence ever since.